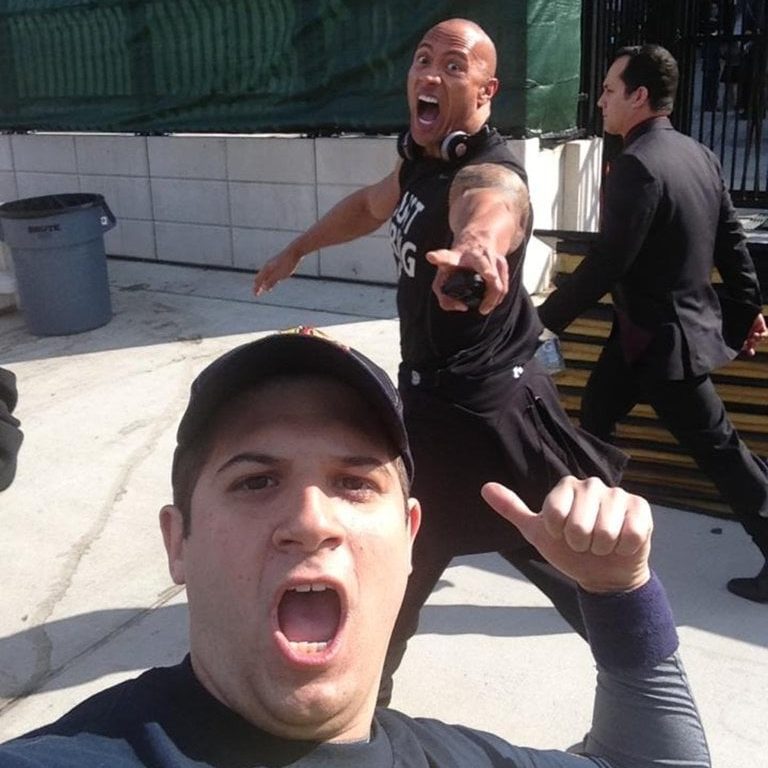 The Rock – What Was This Guy Was Cooking?!

It’s not every day that you’re walking down the street and all of a sudden, Dwayne “The Rock” Johnson passes you mid-selfie. Can you believe his luck? Not only did he catch the People’s Champ at the perfect moment, but the superstar posed for the camera during his walk to the gym! There is no denying that The Rock is truly a man who loves his fans. Other famous people such as Jimmy John Shark was also caught on cam. 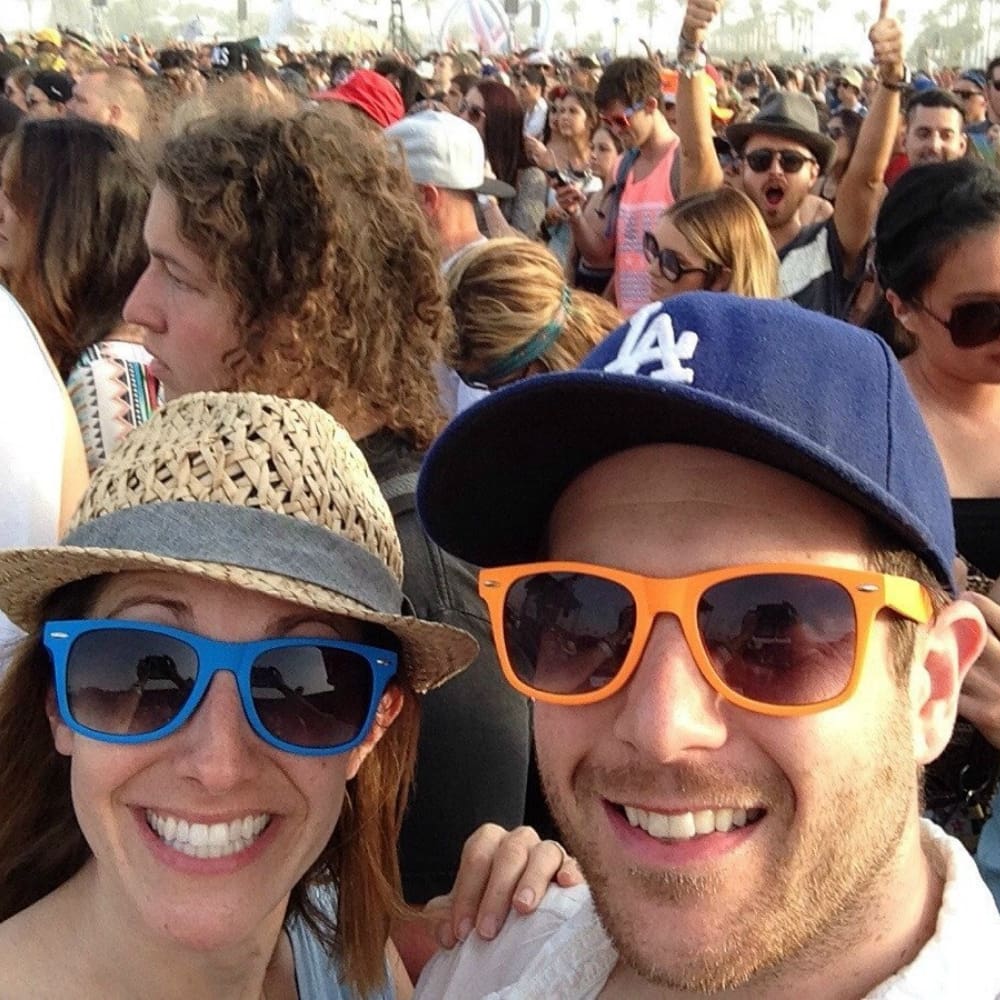 When you play a character as iconic as Jesse Pinkman from the hit series Breaking Bad, you’re pretty much sorted for life. Of course, Aaron Paul would like to think he’ll get some other big roles in the near future. Until then though, the actor has no problem enjoying himself at huge festivals like Coachella. Somehow, he managed to stay hidden from thousands of people who might notice him. However, this couple recognized him as soon as they took this photo. 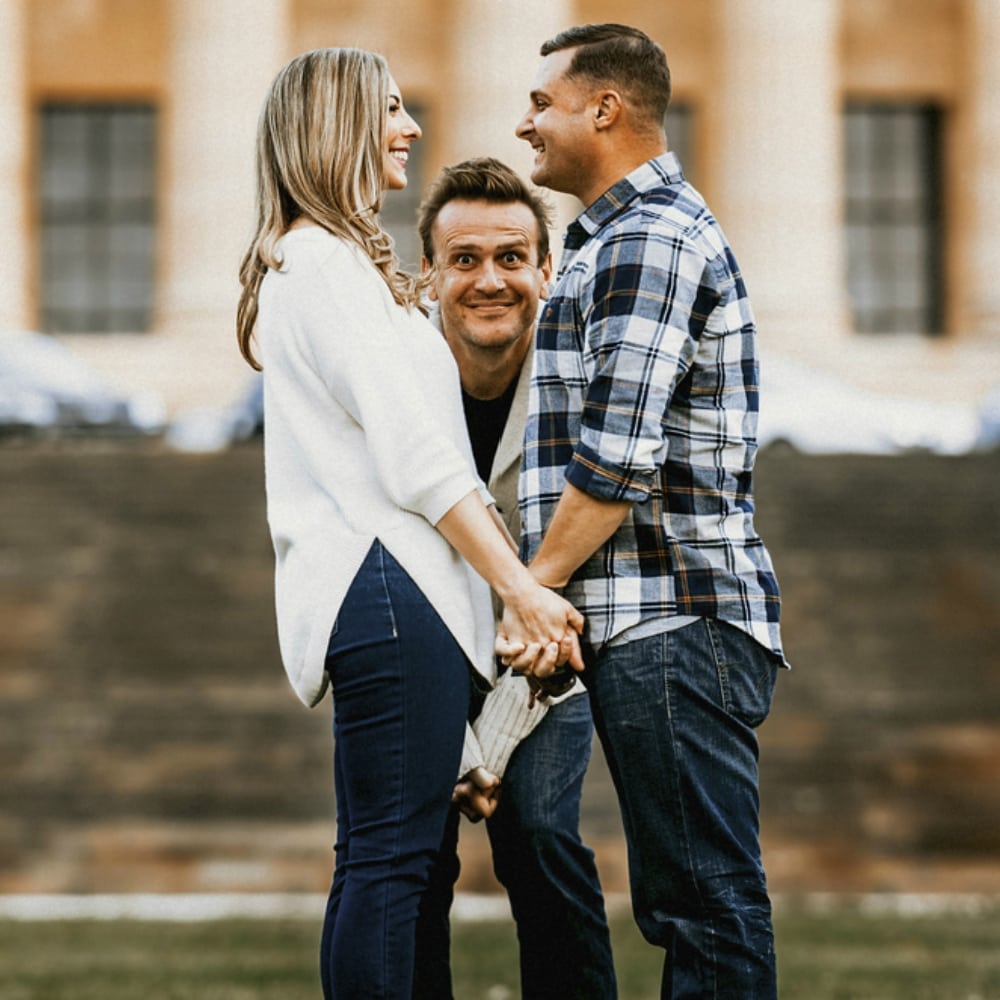 Jason Segel – How I Crashed Your Engagement

While he hasn’t been that prolific in the last couple of years, there is no denying that Jason Segel is one of the most talented and charming actors to grace both the big and small screen in the last 15 years. The man who played Marshall Eriksen on the popular sitcom How I Met Your Mother is a hopeless romantic in his own right and loves nothing more than getting in the way of a couple trying to enjoy their engagement photo.

It’s quite amazing the trajectory that John Krasinski’s career has taken. Originally a comedian and a fan-favorite on the hit sitcom The Office, Krasinski has since tied the knot with Hollywood star Emily Blunt and he has directed his very own blockbuster, A Quiet Place. Despite this, “Kras” still finds time to visit his team, the Boston Red Sox, every once in a while. Then this happened and his fellow fans appreciated him in a completely different way. 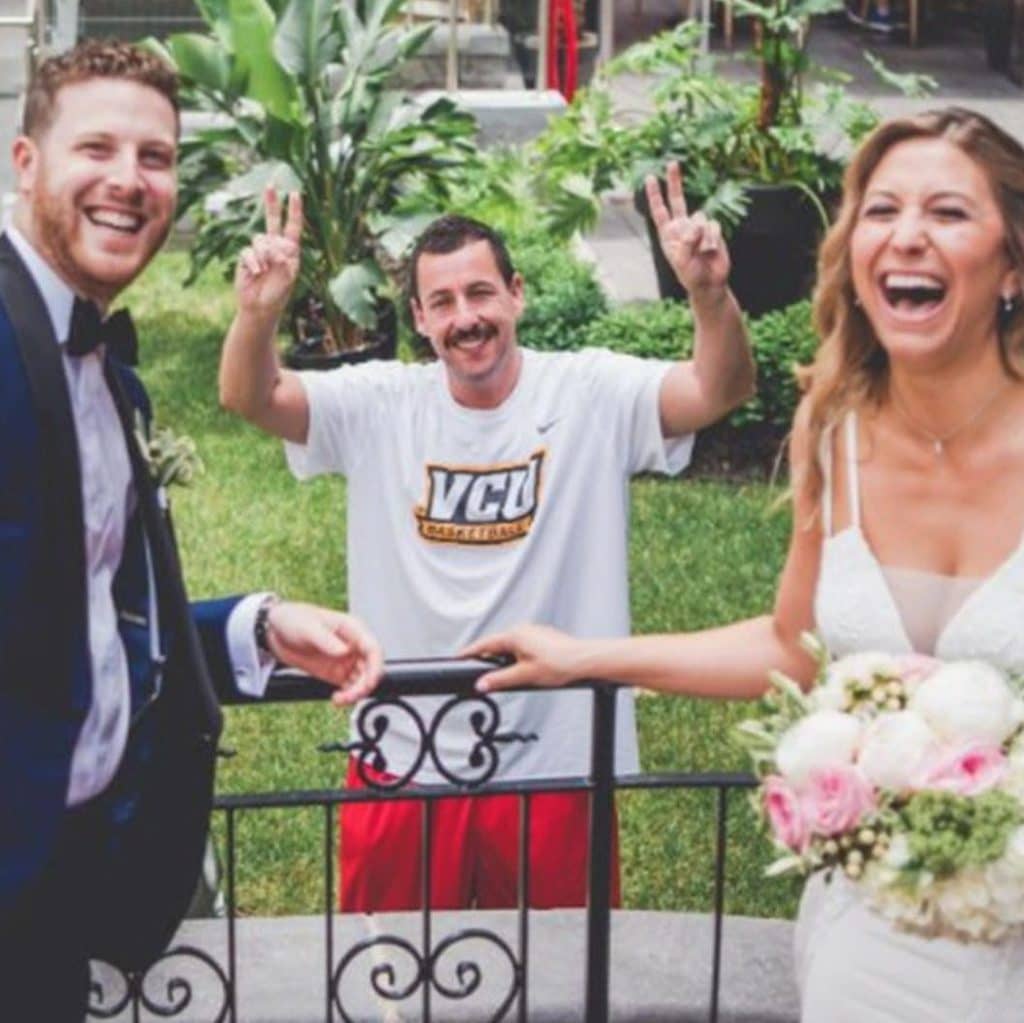 Adam Sandler has always been a funny guy, so it should come as no surprise that when he accidentally wandered into the middle of this couple’s wedding photo shoot, he decided to get involved and pose for some pictures with the happy couple. “We told him we’re huge fans, we love his work, we’ve watched all his films,” the newlyweds said of the incident. “He replied, ‘Good, I’ll take some photos then – mazel tov!’” 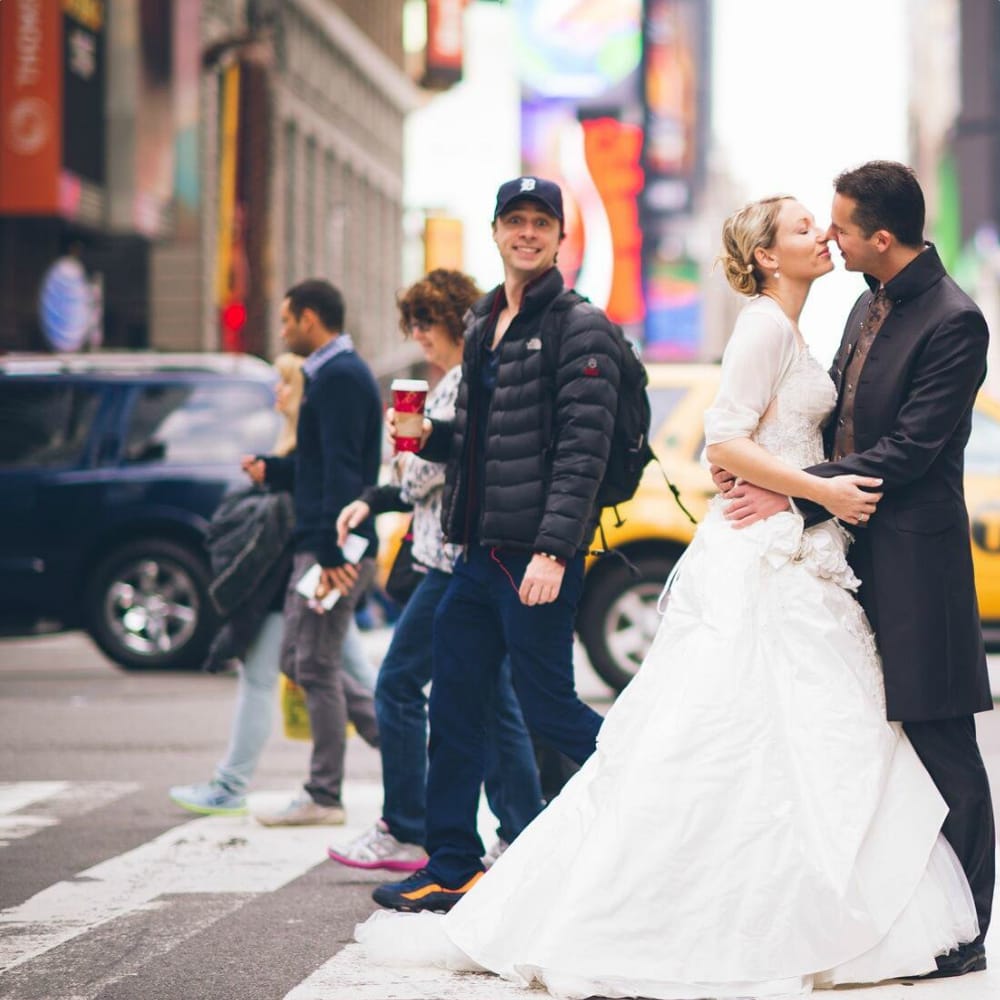 Zach Braff wasn’t interested in turning up at a random wedding to surprise the lucky bride and groom. Instead, he was just passing through Times Square when he was caught in the middle of a photoshoot and the rest was history. 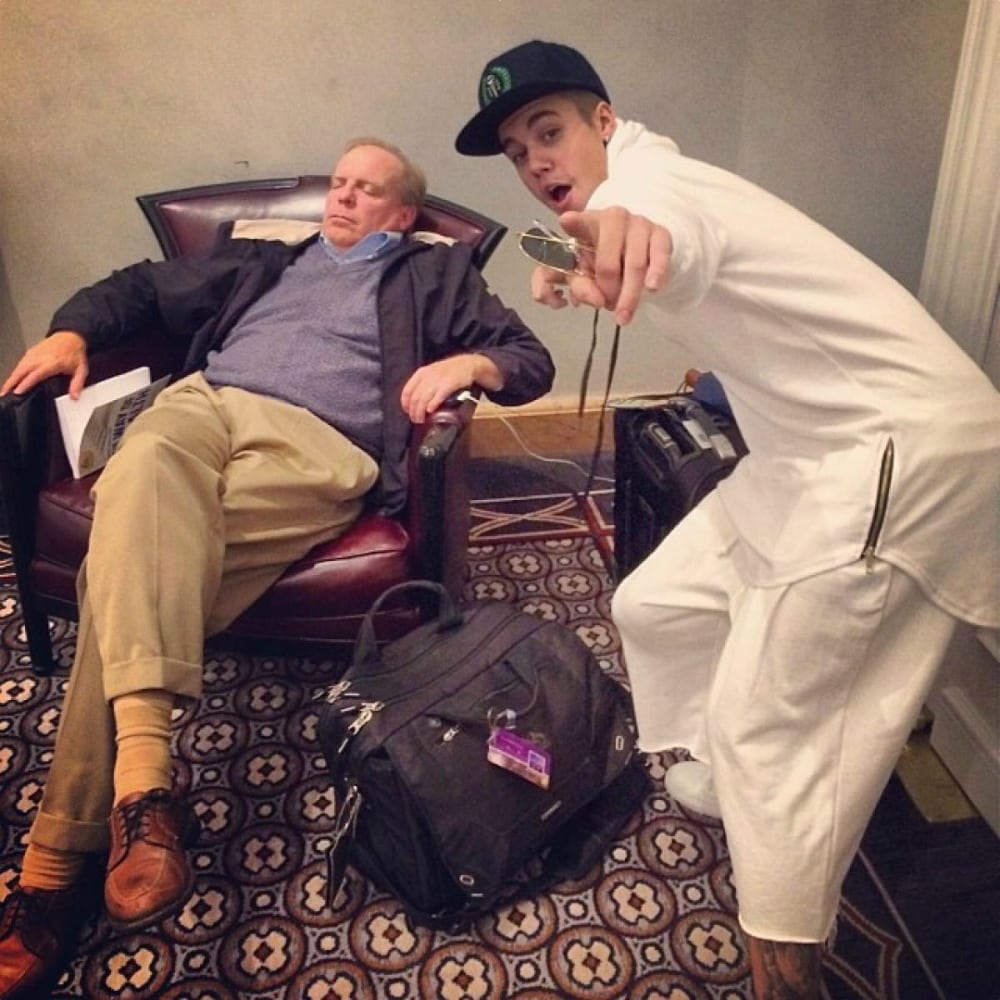 If there’s ever a time that we hope not to get photobombed, it would be when we’re sleeping. It’s a classic prank that many of us have played on our friends during a field trip. They fall asleep on the bus and so you take the opportunity to have a photo with them while they’re in La La Land. Justin Bieber seized this opportunity when he found this guy asleep on the way to one of his concerts. 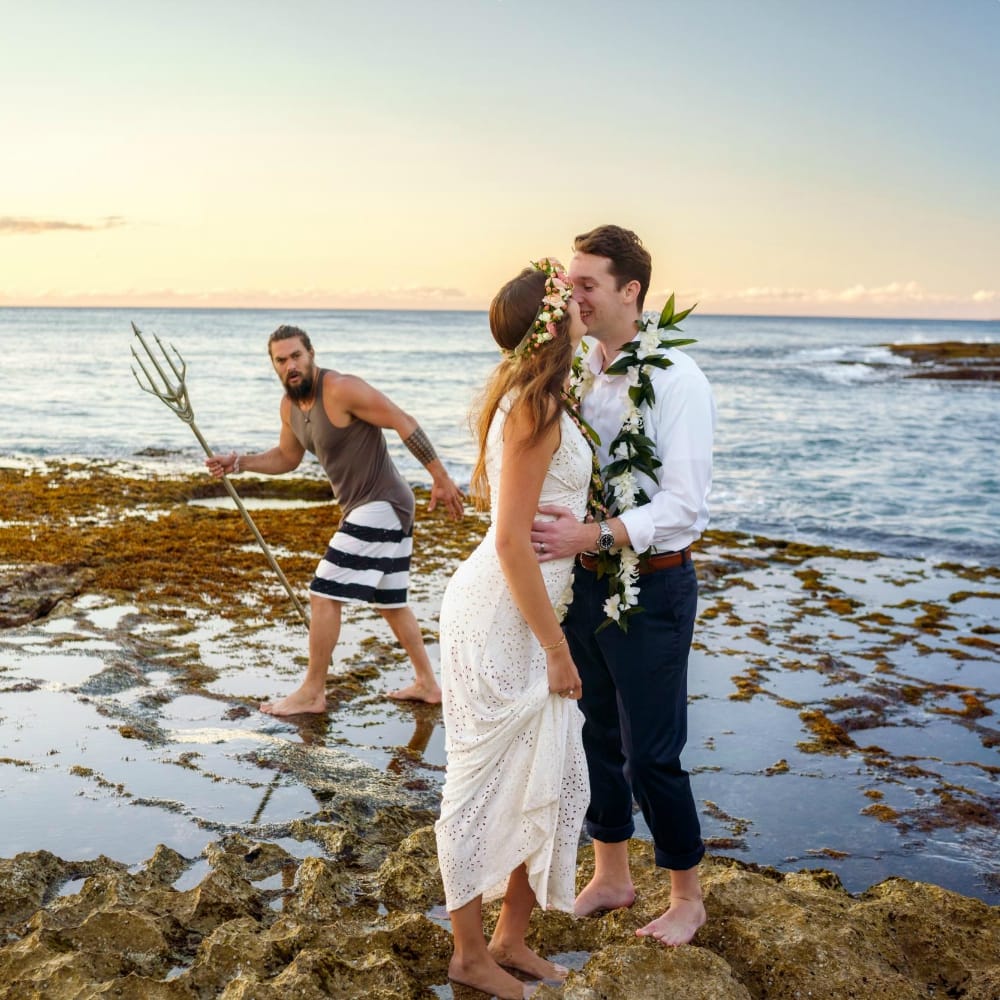 What are the odds that you are having your wedding photos taken and then all of a sudden, Aquaman shows up behind you? This poses some big questions. Firstly, if he isn’t filming an Aquaman movie, why would Jason Momoa be walking around a coastline with a trident in his hand? The only sensible explanation is that he actually is the King of Atlantis. Ladies and gentlemen, we have a huge mystery on our hands! 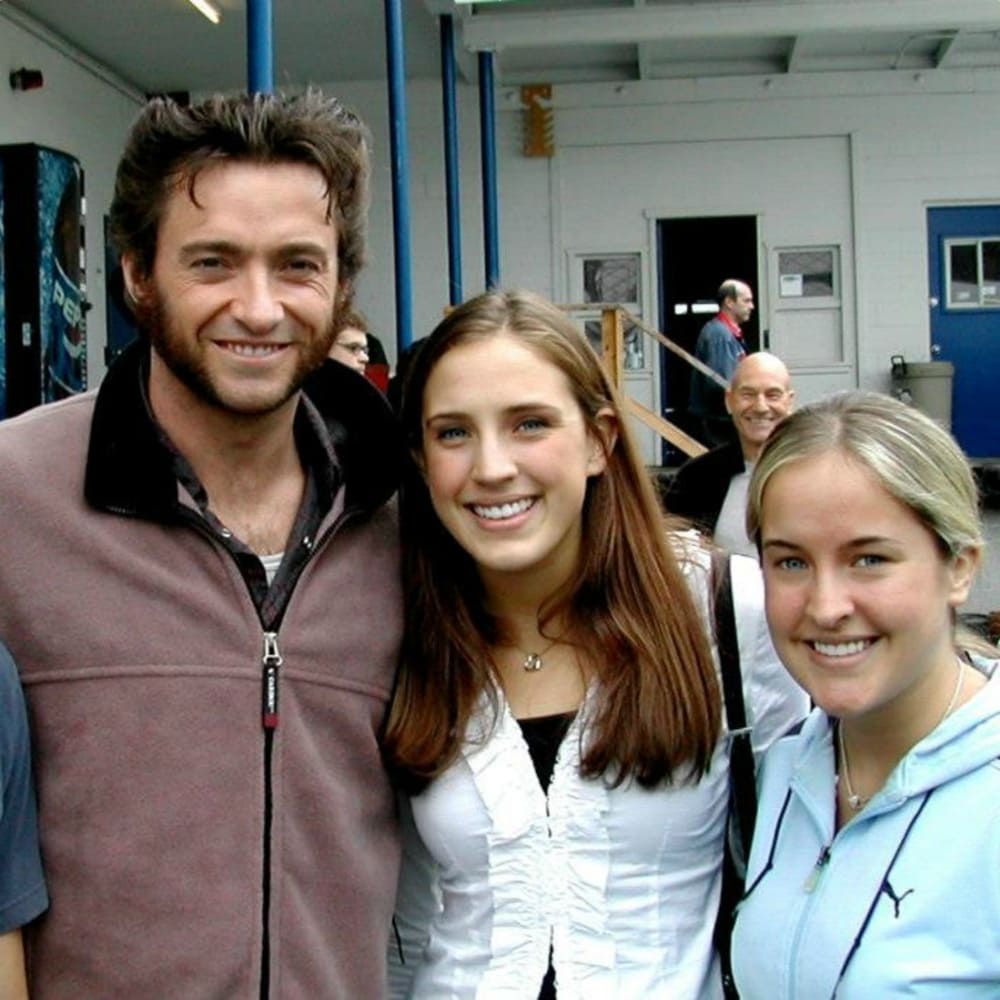 This is one of those examples where a celebrity took it upon themselves to photobomb a group of ordinary people who happen to be posing with another celebrity. Our guess is that Hugh Jackman was filming one of the X-Men movies (hence the Wolverine hairstyle), and some fans were brought on set to meet some of the stars. At first, they were told that Patrick Stewart wasn’t available for a photo. However, at the last minute, Professor X managed to show up! 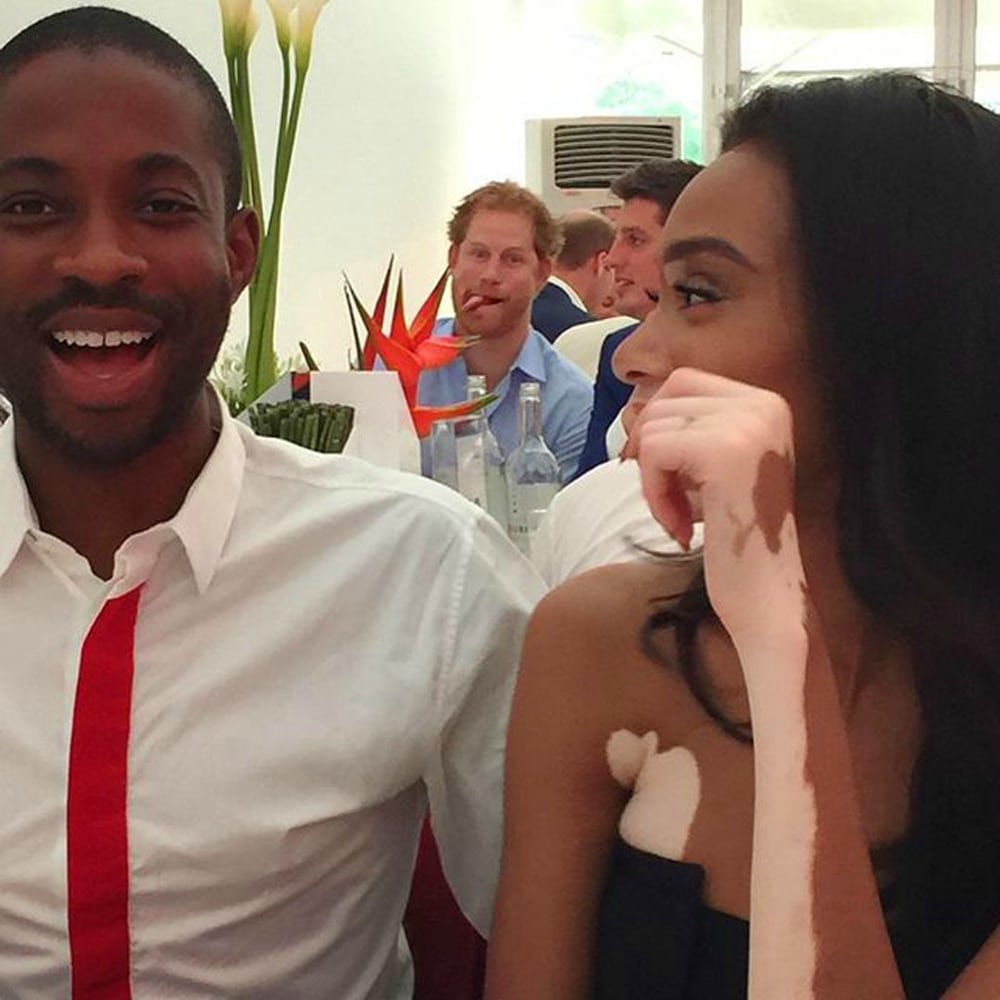 For those of you who are familiar with models and the world of fashion, you might recognize the woman in this photo – Winnie Harlow. OK, so maybe she’s not the most ordinary person on this list who got photobombed. Nevertheless, the guy who did photobomb her is definitely more famous than her! Prince Harry is known for being a rebellious figure, as far as royal standards go. So this hilarious face he pulled shouldn’t come as too much of a surprise. 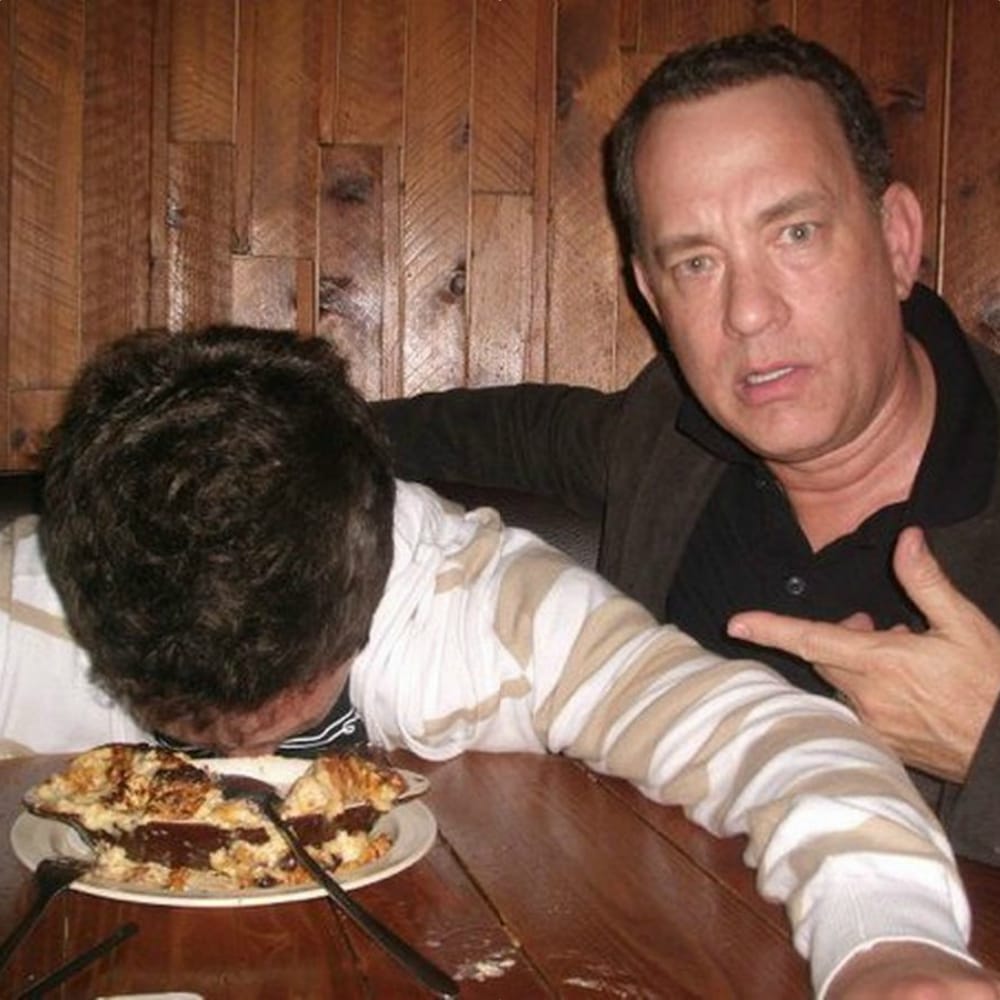 There is no doubt that Tom Hanks is renowned for giving his fans a lot of love and time. However, this was one occasion when the fan in question didn’t remember anything from the moment he met his hero. The Forrest Gump star was excited to have a good time with one of his biggest fans. But by the time he arrived at the bar, Mr. Hanks was surprised to see that the fan was already out. He decided to give him this memento on his phone.