A gentle-spoken young woman with a powerhouse singing voice launches into her music career in the aftermath of Kumu’s first virtual singing contest.

NEW YORK, NY – May 2, 2022 — What better word to describe Shanne’s hard-won victory than the word “deserved”. Hailing all the way from General Santos City, in the southern part of the Philippine archipelago, Shanne sang her way to the finish line. Winning was no easy feat, but she had what it takes: talent, dedication, and the courage to take a leap of faith. And let’s not forget the final piece of the puzzle: the technology to reach the farthest corners of the globe, which is where Kumu comes in handy. 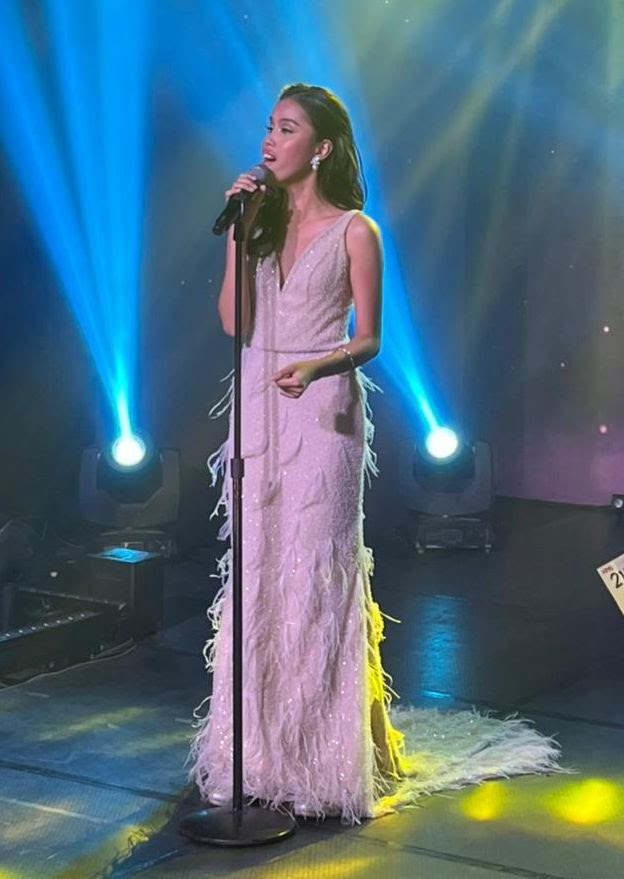 The Trajectory To Victory

If you want to reach the stars, you have to break the stratosphere, which is a need answered by having the best technology can offer. Kumu’s “Sing For The Stars” was the vehicle aspiring singers and musicians rode to see how high they can reach. Hundreds of aspirants joined the country’s first-ever virtual singing contest and called upon their supporters to fuel the journey via the giving of virtual gifts. Much like an actual rocket launch with parts disengaging along the way, there were eliminations that narrowed down the contestant number from 100 down to 30, to 15, and finally, the top 3.

No rocket launch is complete without people to guide its trajectory, which here comes in the form of our guest judges: Grammy Award-winning Michael Bublé, and Tony Award-winning Lea Salonga, along with other big names in the music industry such as KZ Tandingan and Ben&Ben. It isn’t really the end for those who didn’t make it to the top—a diamond in the rough is still a diamond beneath the surface. During the “Sing For The Stars”’ virtual press conference, Lea Salonga mentioned that aspiring musicians can still get discovered even if they did not win the competition, which is a very encouraging statement to hold on to. Many can start their musical journey, but only one can call herself a Grand Champion and enjoy the perks that come with it—the title belongs to Shanne Gulle alone.

The New Star Under The Telescope

The now Grand Champion was then a regular Kumunizen live streamer who started her Kumu journey in 2020 at the young age of 16. She had a burning desire to grow her confidence and self-esteem, saying “I wanted to be a live streamer because I wanted to grow and interact with people”. She found the Kumunity to be a very welcoming place, filled with people generous with their time and support, and surely, her confidence began to grow. As Shanne put out her music content, she saw a promotion for “Sing For The Stars” on Instagram, showing the names of two huge legends in the music industry, one of which caught her attention: Ms. Lea Salonga. Her friends rightly pointed out that these types of singing competitions are not common, and was encouraged to give it a shot, to which she excitedly obliged.

The stars aligned for Shanne, and she beat more than a hundred other aspirants to the top. Kumunizens’ kind nature was also properly represented in the rapport Shanne had with the other finalists, Archie Aguilar and Christian Bahaya. The three bonded behind the scenes as they watched the finale stage being set up. With her Kumu friends along with her that day, she came home bagging the grand prize: $10,000, a one-year contract with Warner Music Philippines, and her own Kumu concert, which happened on April 24. In it, she sang huge pop hits such as Olivia Rodrigo’s “Happier” and “Driver’s License” highlighting her winning vocals. Last on the prize list was a one-on-one coaching session with Michael Bublé himself—a zoom session Shanne mustered up more of her confidence to join. 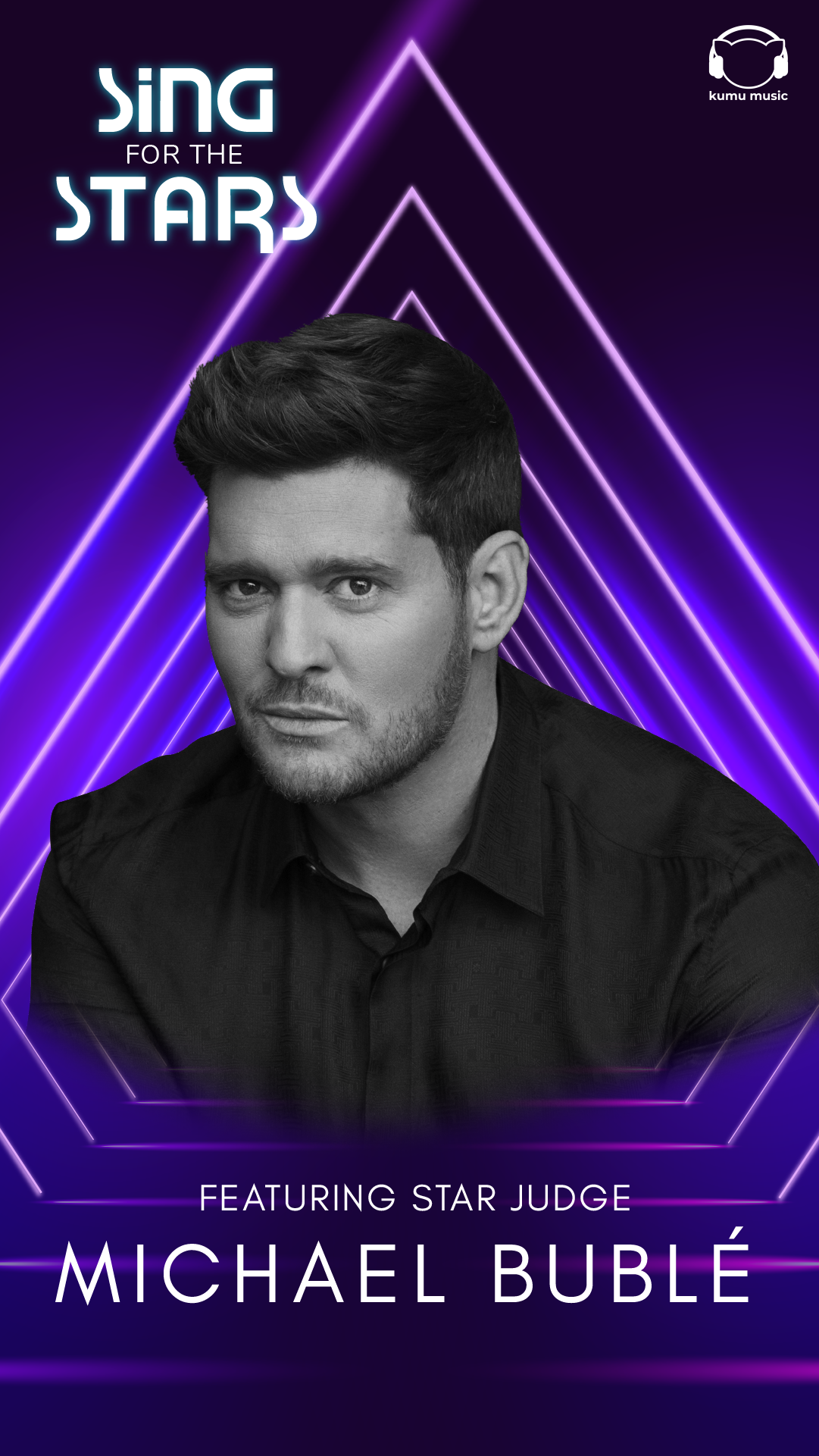 An Advice From Michael Bublé

“I got anxious, I was already overwhelmed because of the win, and then suddenly, it was time to get into the zoom call with Michael Bublé—I was really worried about my English”, Shanne recalled. The call came and went without a hitch, and Shanne experienced what could be one of the most memorable zoom calls she’ll have in her whole life. She came prepared with a lot of questions, one of which was asking Bublé how to overcome the fear of performing in front of a huge audience. “Always surround yourself with positive people,” Bublé answered, as they—unconsciously or deliberately—will lift you up. He also reminded Shanne to prepare herself spiritually for a performance, saying “pray before beginning, and don’t forget to say thank you afterwards.” Finally, he invited her to sing with him when he performs in the Philippines in a possible future opportunity.

Of all the lessons she learned during her whole experience, Shanne remembers the lesson of “consistency” the most, saying “you need patience and determination to make it into the top 30, top 15, all the way to the top 3. If you really want it, you need to strive for it”.

What’s Up On Kumu?

The Kumu-verse is a galaxy filled with various types of content that will cater to anybody’s tastes, may it be comedy, music, art, lifestyle, and many more. Get in on the live streams, or start your own content and see how great the Kumu-nity can be! Here’s how to get the app for free:

Kumu is a powerful social media platform that brings the voices of Filipinos from all over the globe at the forefront. Aside from presenting users with real-time earning opportunities as a live streamer, chances to win prizes in various game shows, and engagement in campaigns, Kumu also fosters communities that ignite relevant discussions among Filipinos. According to mobile- app performance company App Annie, Kumu is not only the first Filipino app to be the #1 top-grossing social app in the Philippines, but one of the highest-grossing social apps in the world, ranking top 10 in multiple markets including Canada, Australia, Middle East, Europe, Hong Kong, and Singapore app stores. www.kumu.ph