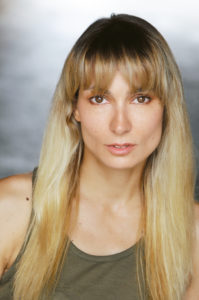 Kelly Ann Barrett is an actress living in Los Angeles CA.  She has always been a lover of animals.

When living in CT with her best friend Janie Dalio, the two of them would visit their local shelter in Stamford, CT and pull out all the little dogs.  They would also frequent the puppy stores and adopt the dogs that no one was buying that had been in there for almost a year.  They would find these dogs forever homes and then help more.  “Helping animal’s is the best thing on earth, better then sex, better than money, better than anything.”  Say’s Janie Dalio who is the director of fundraising for Outreach for Pets in Need, a non profit organization helping animals in CT.  www.opin.org.

“The way humans treat animals is unbearable.  We do not need to eat them for protein. That is a farce, some of the strongest animals on this earth are vegetarians.  We were designed to be vegetarians.  The meat just sits in your intestines releasing toxins causing heart disease, high blood preasure, cancer ect.  Animals intended to eat protein have small intestines designed to rid themselves of the meat quickly. If you visit the Dr., they tell you to eat less meat. Studies and studies continue to show that a vegan or at least a pescatarian diet is the healthiest. We are killing ourselves with what we eat, but the industries don’t care, as long as they have money in their pockets.  The American diet SAD is just that, SAD! It’s the evil industries pushing down lies to sell you the meat and milk. You get plenty of protein from plants and beans.  People are just lazy and can’t think for themselves. Humans are evil.  We are destroying this earth. They will torture animals to make a buck.  Human’s don’t deserve to live on this planet. I know God is not happy, and he’s not going to take this! I wish aliens would come down and start torturing human’s like we do to animals. maybe that would teach us a lesson. These animal have no voice, they can’t talk!  Any person who intentionally hurts or neglects an innocent animal is a coward! No one in politics cares about animals!  The shelters are overrun with dogs while it’s legal to sell puppies from puppy mills!  All puppy stores should be illegal, and the Government needs to step up and stop euthanizing innocent animals while there are so many non profit organizations saving them. They spend no money to house or feed them, they are a disgrace to the human race! There needs to be better laws. You should have to have a license to breed dogs, and no more dog stores! We need to stop this insanity! There’s other ways to make money!  The system is so Effed up I can’t stand it! Donald Trump’s kids are avid hunters, and he’s legalizing the sale of wild Mustang’s so now that they can go to the slaughter house for food, because he doesn’t want to feed him! He’s a disgusting human being, and I voted for the guy!  (Before I knew all this). Who does he think he is? Scum! The Chinese are scum! They torture dogs at Yulin then lie every  year that it’s not happening! Their government says they are trying to stop it, but it’s what the people want they say. What a joke!  I’m pretty sure the people don’t want their pet’s stolen and tortured! They are the most disgusting people on the planet! If it’s ok for them to torture innocent dogs, then it should be ok for us to torture and eat them! I can’t stand this world! They make Isis and Hitler look good! I wish Isis would target Yulin!” Why do you have to go after innocent Christian’s! At least kill the evil Chinese people! I don’t care, I will continue to hate China and Korea for this awful awful trade. We in America are just as much to blame with our slaughter industries.  At least we don’t steal pets and torture them alive, but we do just in different ways.  Pig’s and veal, it’s all evil.  Disgusting. People need to start waking up.  Everyone should visit a slaughterhouse, then maybe they’d stop.  I know people in the cattle industry who cook their meat so much it’s burnt to a crip bc they don’t want the disease that in the cows. If you can’t eat something in it’s rare form, you probably shouldn’t be eating it”.

Kelly visited Lisa Vanderpum’s Dog Foundation on 3rd Ave in West Hollywood where she saw Lisa’s campaign to help fight Yulin.  Kelly had forgotten about the evil, but this reawakened her awareness.  She started doing research, and couldn’t believe this was still happening.  “Who do these scumbag’s think they are, and why the hell is still happening!” she says.  She started attending event’s and protests in LA.  That’s when she learned about Marc Ching and his Animal Hope and Wellness Foundation.  She immediately started making donations to him and Lisa, making purchases from her store.  “Anything to help!  I will never buy anything ever again that doesn’t go to support a cause for animals. I will never buy a product that test’s on animals, and I’m giving up my leather boots. I will never drink cow’s milk or eat cheese ever again. It’s disgusting. I’m trying to be vegan, but I work in a seafood restaurant, so I still eat fish.” Say’s Kelly.

She was so upset from the horrific video’s online of the evil Chinese torturing dog’s alive, she had a breakdown.  “I couldn’t function and couldn’t stop crying.”

That’s when she reached out to her friend Janie and told her how Marc Ching goes undercover in China and meets with the evil people. He educates them, rescues dogs, shuts down shelters ect. He witnesses the evil, so he can help make a change. He has a shelter in Sherman Oaks, CA but he also now has one set up in China.  Janie was able to donate 20k from funds her father in law earned for donations from acquiring the number one Hedge Fund in the world.  Companies have to donate money or the government takes it. Janie loves animals, that is her passion, so she was more than happy to help the cause.

Kelly say’s she still has a hard time, but “I have to keep up the fight. If we don’t see the evil, how can we stop it.  We need to stop this! Everyone needs to do something! The people who are turning a blind eye and who can’t talk about it or can’t look at the evil photos are weak and need to grow up and take a stand!  We are not going to take this anymore! I feel bad for all the homeless people in LA, but they are people, they can help themselves if they want. Most of it’s drug related, except for some who need medication and would probably be life changing if they were on it. I want to take some of these people to the hospital they are so far gone. It’s upsetting, but animals are innocent, we are here to look after them, and take care of this place, and we’re killing it. I love acting, but one thing I love more is doing good in this world. I finally feel like I have a purpose, and that’s to help save animals. I’m going to spend every day of my life doing something good. The people who aren’t are useless selfish greedy bastards. I don’t have a lot of money, but I still donate about 100$ a month to organizations, and I shop for clothes and items at foundation’s such as Stopyulinforever.org where all the proceeds benefit feeding her rescues up for adoption. I’m going to be much more conscious of how and where I spend my money.  I’m boycotting all companies that test on animals. I signed up to be a foster to help animals on death row.  If I can take in one dog at a time and save them from death and get them adopted, then I can help more. Eventually, I’d like to have a house or property where I can save a whole bunch.”

For more information on how you can help the cause, and start fighting the good fight, please visit these websites. 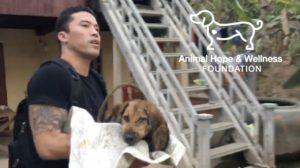