Overcoming Unlikely Odds to Make it to the Top 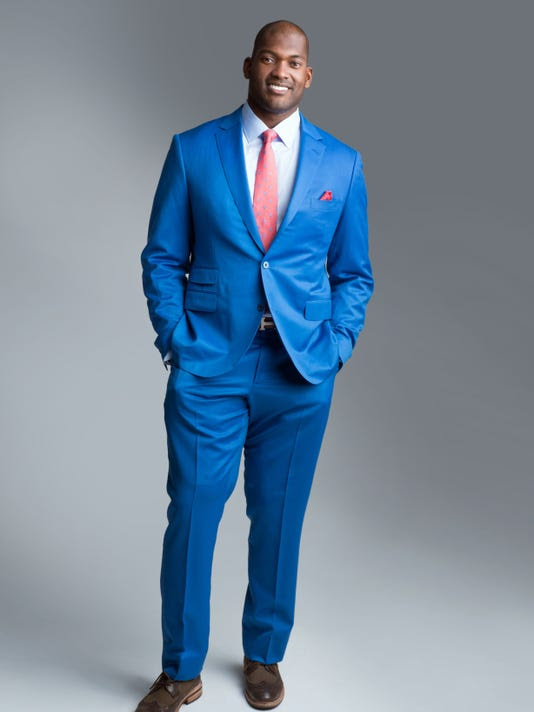 March 25, 2020 (Nashville, TN) – Winston Justice, former NFL offensive lineman, is changing the face of wealth management with his new position as vice president at Bernstein Private Wealth Management, which manages over $100 billion for its clients.  Justice, who played offensive tackle for the Philadelphia Eagles, Indianapolis Colts, and Denver Broncos over a 9 year period, is making waves in the finance industry with his guiding mantra, leadership through service.

Winston Justice was born and raised in Southern California. His skill, hard work, and passion for the sport of football inevitably landed him a spot on the University of Southern California football team where he went on to win a National Championship in 2003. In 2006, he was a second round NFL draft pick for the Philadelphia Eagles. Throughout his NFL career, he was a peer-elected Player Representative on all 3 teams he played for and also received the league’s Walter Payton Man of the Year award in 2010.

As he was nearing retirement in the NFL, Justice found himself drawn toward investment and finance. In 2010, he partnered with his brother in law and founded Elixir Coffee Roasters, a popular coffee shop in Philadelphia that now has 4 locations. As if an impressive 9 year run in the NFL and new business wasn’t enough, Winston Justice went back to school and graduated from George Washington University with an MBA and also earned a Certified Investment Management Analyst designation from The Yale School of Management. Prior to joining Bernstein in 2019, he was a portfolio manager for PIA’s Alternative Investments Group. Earlier, he co-founded MJC Capital, an early stage investment vehicle, and also served as a portfolio manager for Wells Fargo Securities.

“I believe that finance is the tip of the spear in creating meaningful impact in the world we live in.  I never wanted the NFL to be the end of my professional career, but the beginning, a platform,” says Justice. “Finance allows me to use my talents in ways that impact my community in a positive way.  Creating legacy, purpose and uncovering new possibilities.”

Team mentality, hard work, and leadership have been permanently woven into Winston Justice’s being through his time in the NFL. He is now able to transfer his elite skill set into his work at Bernstein, serving as an asset manager to families, entrepreneurs, and nonprofits. He also continues to be involved with the NFL and guides players on investment strategy. Justice wants to help all of his clients, athletes or otherwise, build a legacy that goes beyond wealth.