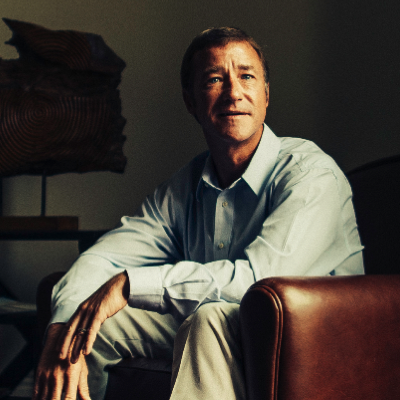 Deke Copenhaver is currently the Principal of Copenhaver Consulting LLC. He served as Mayor of Augusta, Georgia for nine years prior to founding his firm. He’s the bestselling author of “The Changemaker: The Art of Building Better Leaders” published in 2019 by ForbesBooks. He’s been named one of Georgia Trend Magazine’s “100 Most Influential Georgians” on multiple occasions and has a passion for building stronger businesses and communities while promoting positive change through every platform he’s been blessed with. He and his wife Malisa live in Augusta with their three dogs Buddy, Sarah Bet and Hoss.

You can find me online at deke-copenhaver.com 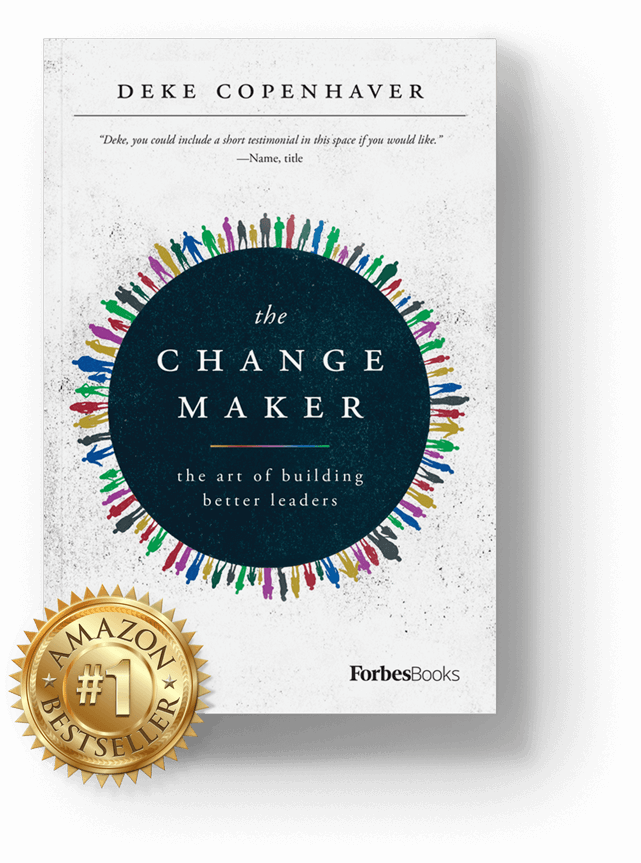 I’ve always lived my life going where I saw the greatest need and having an entrepreneurial spirit has allowed me to do that. I was a small business owner in my twenties and ran a successful start up nonprofit in my thirties so I viewed my successful run for mayor at the age of 37 as an entrepreneurial endeavor as well. I started Copenhaver Consulting LLC to use the real world lessons I learned through nine years as a public servant of how to achieve desired outcomes in adverse circumstances in order to help my clients overcome obstacles facing their businesses and communities. My book and being a speaker are just extensions of this mindset. Ultimately I simply want to have a positive and lasting impact on the world.

How do you deal with fear?

In order to deal with your fears, you have to face them. I’ve always learned more from my failures than my successes. Although we all have a fear of failure to some degree, taking a deep breath and taking a leap of faith is the best way I’ve found to deal with fear.

How do you deal with rejection?

Rejection is a part of life and nobody bats a thousand. In dealing directly with economic development initiatives in and out of office, I’ve realized you’re never going to land every project and when one rejects you it’s best to move on to the next one. Not every proposal our team has made to a potential client has been accepted and that’s okay. When I was in office I won three elections but not every citizen I served voted for me and that’s okay. Though my book has been very successful, I knew going in that not everyone who reads it is going to love it and that’s okay. Learning to accept rejection and move on is key for anyone in a leadership position.

My company’s name is Copenhaver Consulting LLC. Our team focuses on creative problem solving, team building and leadership counseling for businesses, local governments and nonprofits. As a successful public servant, entrepreneur, speaker and author I lead a team that is mission focused on serving our clients by providing them with real world lessons on how to successfully overcome adversity and create more successful teams by developing a focus on a “we first” not “me first” mentality.

Name one of the biggest challenges you have faced and how did you overcome it?

In any leadership position one of the greatest challenges is to resist the temptation to let your decision making be driven by the vocal minority whether its in business, government or any other sector. In a church leadership retreat I once attended the moderator made the point that in church politics 3% of the congregation are against everything and they’re very vocal. Another 3% is for everything and they’re very vocal as well. Then you have 12% who are “against but” and 12% who are “for but” who are not as vocal as the extremes. Then there is the 70% in the middle who just want to see things move forward and who simply aren’t vocal. Through this principle I’ve learned that leading to the majority serves the greater good of any organization although it takes a willingness to endure the vocal minorities on either end’s displeasure with you not giving in to them.

Embrace being vulnerable in any leadership position and realize that true vulnerability is a strength and not a weakness. Being vulnerable is one of the best ways for any leader to establish a connection and a bond of trust with the teams and individuals they serve.

My father Bill Copenhaver has always been my true north. He was an extremely ethical businessman who was able to become a corporate CEO doing business the right way and was both loved and respected by his employees and his peers.

Dr. Martin Luther King Jr. has always been a hero of mine in that he showed you don’t need a title to lead and that a peaceful focus on bringing together people from all walks of life in support of a cause greater than themselves can change the world.

I’ve long admired the leadership of Sir Winston Churchill as he was able to rally a nation behind him during the midst of a World War where the final outcome was never a given.

My father-in-law Bruz Boardman is a legendary local businessman who was described as “larger than life”. His creativity, his ability to achieve “win/wins” in his business dealings and his lifelong love of learning were and inspiration to me and many others.

During my first run for mayor, former Congressman Doug Barnard wrote the first letter to the editor to our local newspaper on my behalf. At the age of 83 he campaigned vigorously for me when the conventional wisdom of the powers that be said I wouldn’t get 6% of the vote. A longtime family friend, Congressman Barnard’s leap of faith in supporting a young political novice helped propel me to victory and ultimately to the life I have today. He was a mentor for me who inspired me to mentor the next generation of leaders which is a major focus for me.

Twenty-one years of marriage to my wife Malisa who has supported me through all the leaps of faith I’ve taken during our time together. Whatever my greatest success may be, it would not have been possible without her support.

“The Tipping Point” by Malcom Gladwell. I used this book as a road map on how to initiate positive change in the world when it often seems as though this is beyond the realm of possibility. Through it I learned that the small things we do in our lives can ultimately lead to a major impact and that no decision we make is unimportant.

What personal self-talk, mantra, affirmation or self-belief that contributes to your success?

Understanding that getting outside of myself and realizing it is not my outward appearance, my possessions or my perceived station in life that connects me with the people and organizations I serve in life is important. I’ve come to realize that what connects me with people is the spirit God has placed within me and I remind myself of that daily. I always try to stay focused on keeping my endeavors mission driven as opposed to driven by money and my mission is to help as many people as I can through any platform I have available to me.