Remember being transported into a world in which mice talk, elephants fly, and penguins build airplanes?  If you are like many Americans, you likely embarked on that journey every Saturday morning as a kid.  Keeping this childhood experience in mind, I’d like you to consider that cartoon animation might very well be the most powerful form of media.  After all, cartoons have the ability to be based on implausible outlandish scenarios that can seem believable and thoroughly entertaining to the viewer, regardless of age.  And now, the adult world is catching on to the even deeper powers of cartoon animation; its not just for kids, and it certainly is not only about entertainment.

Cartoons are, in fact, one of our oldest forms of visual storytelling but because of our childhood experiences, most of us associate them with silly, non-business matters. This is something that marketers everywhere are beginning to recognize, especially as advances in technology have begun to put cartoon animation within grasp and budget of the smallest of business owners.

It’s easy to forget that both animated and non-animated cartoons have been used to market brands to us for years. Think for a second, about some of the characters that we know as household names: Tony The Tiger, The Jolly Green Giant, Mr. Clean, Snap, Crackle, and Pop, The Keebler Elves — the list goes on.  These characters did more than simply present a product, they gave the product a recognizable face and a memorable story.

Along the historical timeline of television, the 1990’s brought a new era of cartoons geared towards adults in primetime. At that point, the children who had grown up in the midst of the “Golden Age” of cartoon animation made up a large portion of the primetime audience. Many credit The Simpsons with ushering in an era of adult-oriented animation, and rightly so; their market had been primed for it since childhood.

Because our childhood conditioned us to accept cartoons as a non-threatening form of communication, we absorb their messages in adulthood in a very different way compared to the jaded “keep your guard up” attitude we typically adopt.  As consumers, cartoons encourage us to go to a place that doesn’t ask the grown-up questions like: Do I like this packaging? Am I familiar with this brand? Do I have any prior experience with this vendor? Cartoons rely on the suspension of disbelief, and in turn, they allow us to use more of our imagination without interpretation of specific real-world actualities.  By eliminating the critical thinking for even a split second, we are suddenly open to new messages. 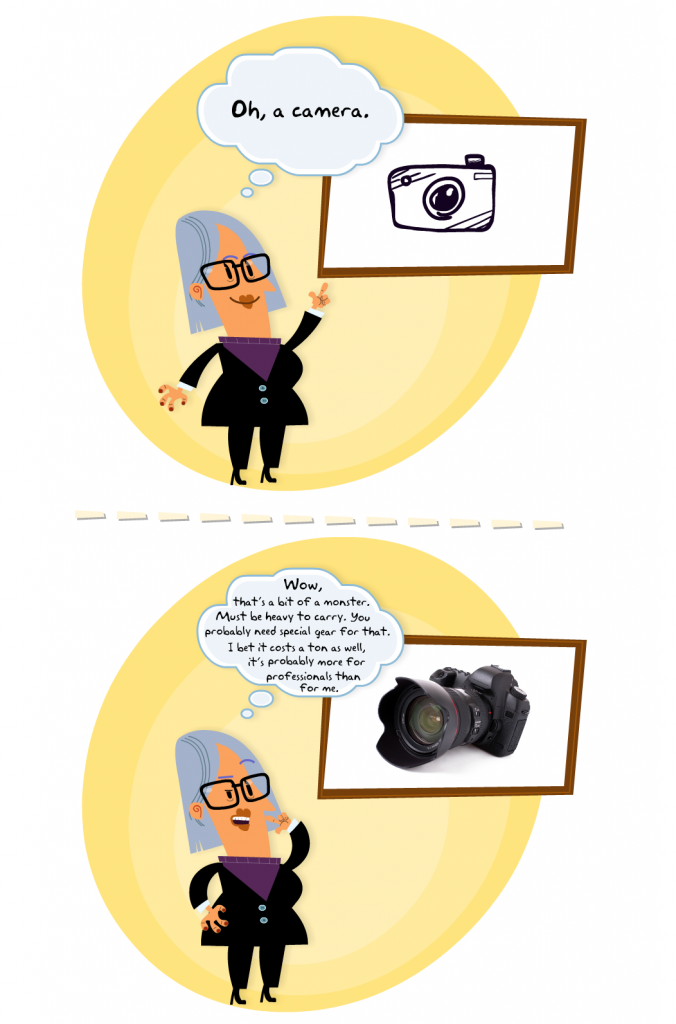 In  business, we know that both the audience and the conveyance of the message are of utmost importance. Who among us hasn’t dreaded the thought of sitting through a dull Powerpoint presentation – whether in the classroom or in the workplace?

Even Google has recently launched an animated Gif search to its search engine.  Though Gifs are considered by many to be out-of-date, this format has suddenly become once-again relevant by possessing animated capabilities that are being used in digital ad campaigns by such big-name brands as Coca-Cola, Amazon, Victoria’s Secret, Calvin Klein, Adidas and MTV.

While the consumer and business worlds may be just now seeing the true power and depth of cartoon animation – it is something that the entertainment industry has apparently known for a while.  Jeffrey Godsick, the head of Consumer Products for 20th Century Fox recently referred to animated movies as “all audience movies,” saying that “We are able to speak to the widest audience possible and can speak to different audience segments.  Adults know that there are jokes in the movie for them, that there’s an emotional story for them.”

We live in a time where technology makes a large percentage of the world accessible with the touch of a few buttons.  There are approximately 2.5 billion people using the internet with greater access to information than ever before. And as a result, we are bombarded with more information than ever.  Smartphones have added greatly to the flow of data, and videos are available in the palms of our hands.  Yet with all of this advancement, the power to connect effectively becomes even more crucial.

These advancements have given us more ways to connect with others and more effective ways of delivering data through these conduits. The next step is to harness creativity in creating a message that resonates.  And what better way to do it than with a format that works and has universal appeal? For those of you who grew up on cartoons – let me put it this way: It’s Saturday morning, and the tv is on!

Visit www.powtoon.com to start creating an animated presentation or video