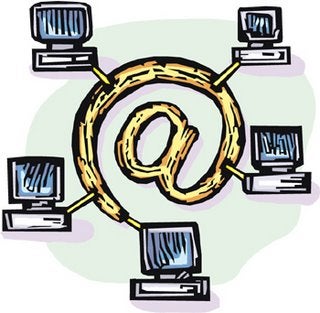 We’ve heard the term ‘net neutrality’ bandied about the internet for more than a decade, yet many gamers aren’t aware of how important the concept is to their continued online entertainment. Why should you care about net neutrality?

Perhaps you don’t know what net neutrality means. That’s a fair assumption, considering the phrase doesn’t exactly lend itself to impressive, eye-catching headlines. Net neutrality, or network neutrality, at its most basic, is the idea that all network traffic should be treated equally.

Say you pay $30 a month for your internet connection. Net neutrality dictates that, for your $30, you have access to everything the internet has to offer, without restrictions to content, platforms, or equipment you have connected to it. All data sources are treated equally.

Mind you this is a very basic explanation. It’s a complicated issue.

Net neutrality is a hot topic at the moment because one of its chief proponents, the U.S. Federal Communications Commission, recently lost a court appeal to Comcast over the prospect of denying their users access to BitTorrent, a popular means of sharing data both legitimate and shady across thousands of users at once.

Comcast attempted to restrict access to BitTorrent in 2008, only to have the FCC step in and ban them from doing so. Now a federal appeals court says that the FCC had no right to do that, and Comcast is free to do what it likes with its customers’ service.

Now as gamers, we could live without BitTorrent, though some publishers make extensive use of torrent files to deliver content patches for PC games. There are plenty of other ways to deliver patches that a ban on torrents wouldn’t cripple a gamer.

It’s the potential restrictions that could come down the line that are more frightening.

Net neutrality, again, calls for no discrimination between data or the devices that connect to that data. With today’s game consoles easily identifiable via network, what’s to stop a broadband provider from claiming that too much traffic is being used by your Xbox 360 or PlayStation 3, and demand you pay a premium to connect them to the web?

Or massively-multiplayer online games, for that matter. Millions of people play World of Warcraft in the United States alone. What happens when an ISP decides that World of Warcraft players need to pay a little extra for the constant connection to the game?

It may sound ridiculous to some, but there are already restrictions in place. Comcast now restricts its standard users to 250GB of bandwidth a month. While that’s not a problem right now for most gamers, PC games are getting larger every day, and consoles are already starting to allow users to download full games directly to their hard drive. If a company like Comcast were to suddenly start breaking that 250GB into segments based on use, we could be in trouble.

Net neutrality isn’t just about gamers, of course. The concept would keep companies from creating artificial scarcity for internet services, or offering premium services by simply slapping a price tag on services other internet operators provide for free.

As it stands right now, the internet is one of the last bastions of freedom left in the world. If the way we access the internet is allowed to be controlled too strongly, we risk losing that freedom. I’d really rather that not happen.

The internet is increasingly important to video games, and so net neutrality should be important to all of us.

For those in the know, feel free to share your net neutrality resources with each other in the comments of this post.