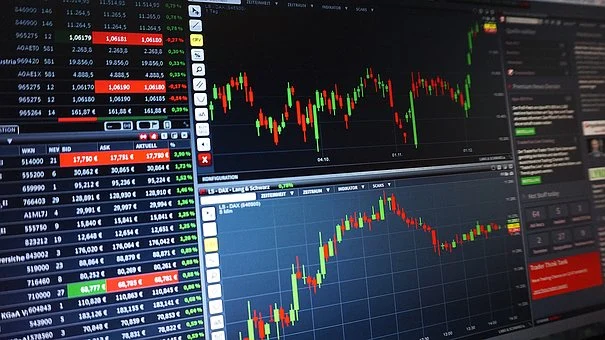 Day trading, having garnered immense popularity in 2020, is expected to become one of the most used trading strategies, particularly among young investors this year. The Robinhood trading platform, which quickly became one of the most attractive trading platforms in 2020, owing to its zero brokerage and ease of day trading features, reported a record number of trades in June 2020, exceeding rival trade volumes by a huge margin, according to a CNBC report.

A similar situation was reported in South Korea, where unemployed millennials tried their luck at day trading. While markets are expected to stabilize to a certain extent, the trading for a living frenzy is likely to continue, given the volatile macroeconomic conditions and global inter-country relationships. Here, we look at four day-trading strategies that should help you become a better trader.

This strategy focuses on conducting a large volume of trades, deriving a small amount of profit through each transaction. Scalping is based on arbitrage, aiming to capitalize on the minute price differences across multiple markets, as well as the bid-ask spread of securities.

Scalpers act as market makers, by buying shares at the ‘bid’ price and selling at the ‘ask’ price. While many consider this strategy as a market manipulation tactic, scalpers maintain liquidity in the markets, by readily buying up securities having a huge bid-ask spread.

As the possibility of a huge deviation in a stock in one trading session is generally unlikely, the risk associated with scalping is relatively low, compared to other day trading strategies.

Fading- another day trading strategy is a contrarian investment technique, where investors bet against the markets to profit from a trend reversal. This is a high-risk, high reward strategy, typically implemented on stocks witnessing a significant rally or pullback within a small window of time. ‘Fading a stock’ essentially means shorting a stock currently witnessing surmounting gains in a particular window, usually driven by speculation.

This, in turn, led XOM to decline 8.84% over the past five days. As this sell-off is expected to be short-lived, as rising global industrial production should create ample demand for oil, the only way to profit off of this temporary pullback is through fading day trading strategy.

Daily Pivots uses technical indicators to identify entry and exit points in a stock. Investors take the average of the intraday high, intraday low, and closing price of a stock as generated on the previous trade, therefore formulating a pivot point.

This is an illustration of a standard pivot point. In practice, traders use a combination of a variety of pivot points to identify market patterns successfully. These generally require a strong understanding of the support and resistance points of a stock, as well as Fibonacci retracement levels and recent price actions.

Whipsaw pattern day trading is based on capturing the price changes in a highly volatile market. These depend on exogenous factors, such as the macroeconomic condition, or trade relations between global economies. Also, some unexpected news released by a company leads to an extreme fluctuation in a stock during the following trading session or pre/post-market prices.

Identifying a whipsaw pattern is extremely hard, as such news is generally hard to predict. Seasoned analysts that follow the global markets as well as recent news of a stock closely are known to capitalize on such whipsaw pattern movements.

To illustrate, a day trader focused on a particular stock has noticed that the company has invested heavily to develop a particular business segment. Assuming the company’s profits have been augmented through such developments, an analyst can take a long position during a trading session, right before the company releases its financial results. Provided the results meet the trader’s expectations and report a significant sequential increase in earnings, the stock is expected to go up during that day, allowing the trader to book profits on his/her bet.

To conclude, day trading can be extremely profitable, as stock markets are very volatile in the short-term and highly responsive to even the smallest changes. However, it is extremely risky, and thus requires a strong understanding of the markets and knowledge of the global events as well as inter-country relationships to generate desired profits.