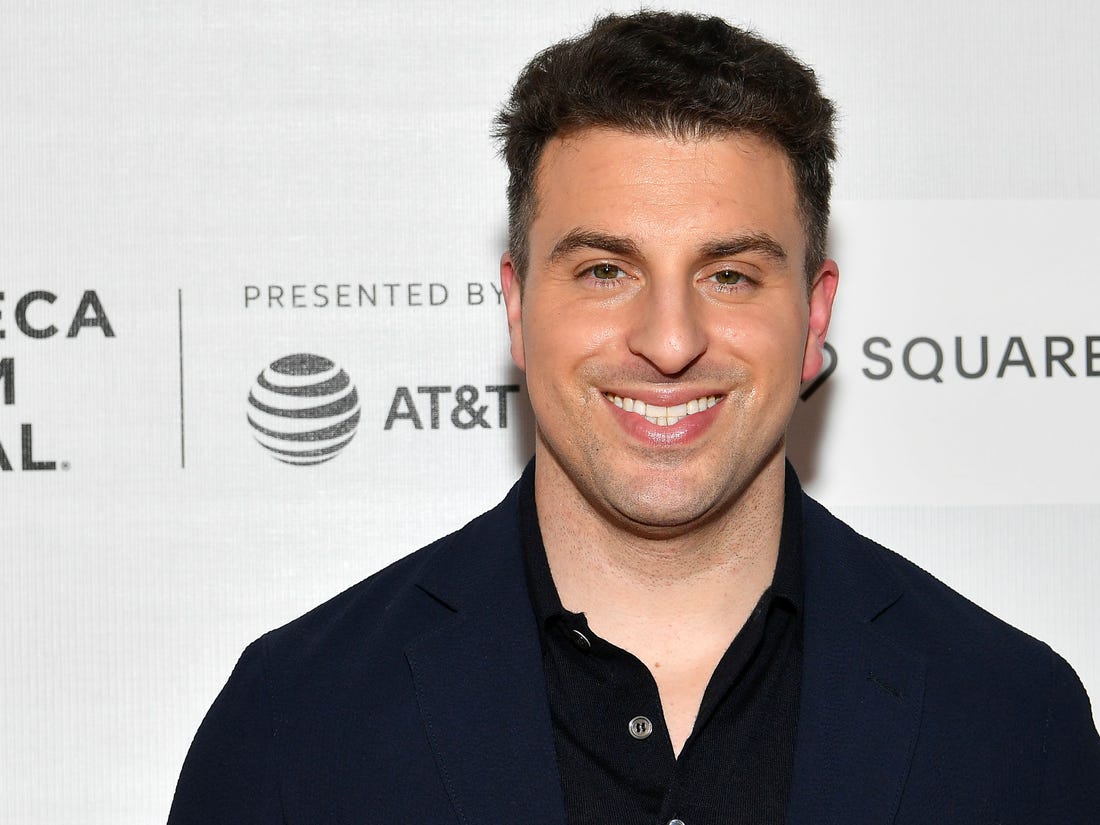 Airbnb has confidentially filed paperwork for its initial public offering, the company announced on Wednesday.

The announcement did not offer any details on timing of the IPO, how many shares it plans to sell, or what price it expects to offer them at.

The vacation rental company, which has been rumored for months to go public sometime in 2020, has taken a hit due to the coronavirus pandemic. In May, Airbnb laid off 25% of its staff — nearly 1,900 people — and CEO Brian Chesky said that the company was expected to bring in revenues of less than half the $4.8 billion it earned in 2019.

Chesky, the 38-year-old cofounder and CEO of Airbnb, is worth an estimated $3.1 billion, according to Forbes.

Despite his wealth, the tech billionaire lives a relatively modest lifestyle. In 2016, Chesky (along with Airbnb’s other two cofounders, Joe Gebbia and Nathan Blecharczyk, and Blecharczyk’s wife) pledged to give at least half his fortune to charity over the course of his lifetime.

Chesky previously said in interviews that he has rented out his own San Francisco apartment on Airbnb, does weekly yoga with his girlfriend (who he met on Tinder), and has attended the famously wild Burning Man arts event in the Nevada desert.

Brian Chesky is the cofounder, CEO, and Head of Community of Airbnb.

Chesky founded Airbnb in 2008 with his then-roommate, Joe Gebbia, and Nathan Blecharczyk.

According to Airbnb’s corporate website, the endeavor started off as a way for Chesky and Gebbia to pay their rent. In the fall of 2007, the roommates charged strangers $80 per night to sleep on an air mattress in their San Francisco apartment when local hotels were sold out for a design festival. The next spring, they officially launched their company, then named AirBed & Breakfast.

Before the coronavirus pandemic, Airbnb was estimated to be worth about $38 billion. Now, it’s valued at $18 billion.

The company, which has more than seven million listings in more than 100,000 cities, has been battered by the coronavirus crisis.

In May, Airbnb laid off nearly 1,900 employees and Chesky said in a letter to staff that the company was on track for revenues of less than half the $4.8 billion it reportedly earned in 2019. Each of the laid-off staffers received a severance package that included several months’ pay, a year of healthcare, and help from Airbnb finding a new job, the company said.

Airbnb has also taken on $2 billion in debt and agreed to having its valuation slashed from $31 billion to $18 billion as part of the debt financing.

Still, Chesky and the other two Airbnb founders are all billionaires.

Each of the three founders is worth an estimated $3.1 billion, according to Forbes.

Before cofounding Airbnb, Chesky had a background in design and strategy.

After growing up in upstate New York, Chesky attended the Rhode Island School of Design and graduated with a Bachelor of Fine Arts in Industrial Design.

It was at RISD that he met Joe Gebbia, one of the future cofounders of Airbnb.

Despite being worth $3.1 billion, the Airbnb cofounder has maintained a relatively modest lifestyle.

In 2015, Chesky told People that he still lived in the apartment where he and Gebbia started the company.

“I still live in the original Airbnb and I still Airbnb it so you can book it,” he told the magazine. “It’s available throughout the year, you can book the couch for just like $50.”

A source at Airbnb told Business Insider that Chesky recently moved and isn’t hosting at the moment, but that he looks forward to hosting in the future.

The couple met on Tinder, Chesky told Fortune magazine in a 2015 interview.

Chesky told Fortune in 2015 that the couple does yoga together every Thursday morning.

He also said they often go on “staycations” and book an Airbnb in a different neighborhood to experience a new part of town.

A source at Airbnb declined to comment on whether the couple is still together, but they were photographed together at an Airbnb event in New York City in September 2017.

Like other tech CEOs, Chesky has reportedly attended “Burning Man,” the wild nine-day arts event in the Nevada desert that’s frequented by celebrities and tech moguls.

After he attended Burning Man for the first time in 2013 on the invitation of Burning Man board member Chip Conley, Chesky reportedly said: “Burning Man is what life would be like if artists ruled the world.”

A source at Airbnb told Business Insider that Chesky hasn’t attended the event in years.

Burning Man was canceled for the first time ever in 2020 because of the coronavirus pandemic.

In 2016, Chesky signed the Giving Pledge promising to donate the majority of his fortune to charity over the course of his lifetime.

“With this pledge, I want to help more kids realize the kind of journey I have had,” Chesky wrote in his pledge. “I want to show them that their dreams are not bounded by what they can see in front of them. Their limits are not so limited.”

Bill and Melinda Gates and Warren Buffett launched the pledge in 2010, and it has since been signed by more than 200 people, including Facebook CEO Mark Zuckerberg and Tesla CEO Elon Musk.

The CEO often acts as the public face of the company at Airbnb events, mingling with celebrities like Gwyneth Paltrow and Ashton Kutcher.

Chesky has said that one of his biggest productivity hacks is making lists.

“If you have a list of 20 things to do, you end up realizing, ‘I don’t need to do 20 things,'” Chesky said during a 2017 appearance on the “Masters of Scale” podcast, Business Insider previously reported. “If I do these three big things, the other 20 things will kind of happen as outcomes, or outputs, of it.”


Now, it appears Chesky is planning on taking Airbnb public despite a tumultuous year.

After taking a beating due to the pandemic in the spring, Airbnb has begun to recover somewhat as global vacation rental bookings have started to rebound.

The company’s announcement Wednesday did not give any details on the timing of the IPO, how many shares it plans to sell, or at what price they would be offered.

As Troy Wolverton wrote for Business Insider, Airbnb filing the paperwork doesn’t necessarily mean the company will actually go public. Companies like Postmates and Doordash also confidentially filed paperwork for an offering in the past couple of years but never went public.

Time will tell if Airbnb decides to move forward with the process.