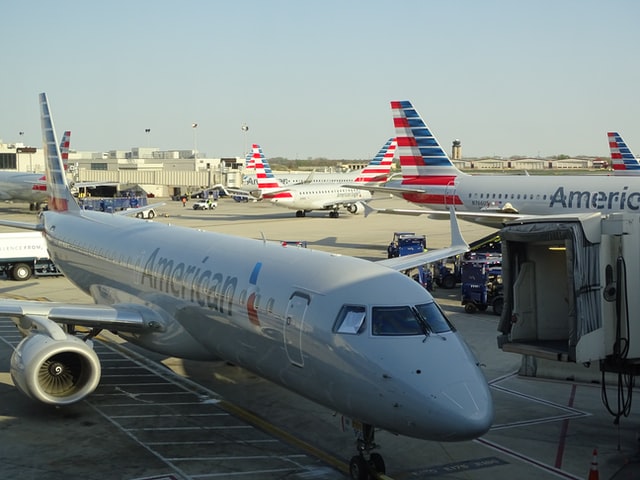 American Airlines will cut 19,000 employees in October when federal aid that protected those jobs expires and as the coronavirus pandemic continues to devastate travel demand, the carrier said Tuesday.

The Fort Worth, Texas-based airline, which employed more than 140,000 people in March, is prohibited from laying off workers through Sept. 30 under the terms of a $25 billion federal aid package set aside for carriers to weather the worst of the crisis. But demand has only modestly recovered, presenting a dire scenario for airlines. American said its fourth-quarter capacity will be half of the year-ago level and that international long-haul flights will be just 25% of its 2019 schedule.

“We have come to you many times throughout the pandemic, often with sobering updates on a world none of us could have imagined,” wrote American Airlines CEO Doug Parker and its president, Robert Isom, in a staff note announcing the cuts. “Today is the hardest message we have had to share so far – the announcement of involuntary staffing reductions effective Oct. 1.”

American said it expects to have 40,000 fewer employees in October compared with when the pandemic began, the carrier said. The involuntary cuts include furloughs of 17,500 union workers, including flight attendants, pilots and mechanics, and 1,500 administration and management jobs.

Other airlines have also warned about job cuts. Delta Air Lines on Monday said it plans to furlough 1,941 pilots unless it can reach a cost-cutting agreement with the labor union. United warned 36,000 employees last month that their jobs are at risk but the impact of voluntary programs on final numbers hasn’t yet been disclosed. Southwest Airlines said it doesn’t expect to cut jobs in 2020 because more than a quarter of its workforce signed up for some kind of voluntary leave or buyout. About half of Spirit’s 2,500 pilots will work fewer hours to avoid furloughs this fall, the union said Tuesday.

Labor unions and carriers have urged lawmakers to provide another $25 billion in aid to preserve jobs through March. The proposal has won bipartisan support but Congress has so far failed to reach another national coronavirus aid package that could include the additional relief for airlines.

“The only problem with the legislation is that when it was enacted in March, it was assumed that by Sept. 30, the virus would be under control and demand for air travel would have returned,” they said. “That is obviously not the case.”

The extension of federal aid provides the “one possibility of avoiding these involuntary reductions on Oct. 1,” the executives said.

“When you remove the flotation device of the CARES Act investment, things begin to sink,” said Dennis Tajer, spokesman for the Allied Pilots Association, which represents American’s some 15,000 pilots.

American’s labor unions on Tuesday again urged Congress to approve the aid to save the thousands of jobs.

“Today is a devastating day for the hardworking, frontline employees at American Airlines,” said Julie Hedrick, president of the Association of Professional Flight Attendants, which represents the more than 25,000 cabin crew members at American. The airline said it plans to furlough more than 8,000 of them. “We will continue the fight for a clean extension of the aviation Payroll Support Program to keep our members, as well as aviation workers across the industry, connected to their paycheck and health benefits during this worldwide health crisis.”

American and other airlines have offset some of the involuntary cuts by urging employees to take buyouts, early retirements and unpaid or partially paid leaves. American last month warned 25,000 employees that their jobs are at risk in October.

More than 12,500 people have opted to leave American permanently, while another 11,000 will be on leave in October, the executives said.