Many people think marketing yourself and job-hunting success are easier than they are. Obviously, you’re not going to turn up late in casual clothes, with no resume or preparation. Still, there might be some more subtle mistakes that you’re making. The outcome of a job interview is decided within seconds of you sitting down, so make sure to iron out these slip-ups! 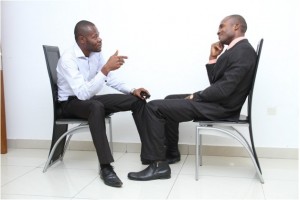 One of the most common interview mistakes is showing a lack of career focus. Even if you have no idea what you’d like to be doing as a career, be sure to make something up. If your interviewer thinks that you don’t have a long-term goal in mind, then they’ll be doubtful about how hard you’re going to work. If you come in with obvious enthusiasm for a certain position, it says a lot about the kind of employee you’ll be. People with a specific goal in mind are more motivated and organised, and likely to go above and beyond their position gunning for a promotion. If you sit down and think about where you’d like to be working for the rest of your life, you might even realise you’re applying for all the wrong jobs.

Another thing which might be holding you back from getting a job is a lack of preparation. With the internet being as accessible as it is, there’s no excuse for this! You can easily look up typical interview questions associated with the job you’re going for, and rehearse the perfect answers. Don’t get caught up in this kind of preparation too much, though. Interviews can often be unpredictable, so make sure you stay focussed and don’t panic if things pop up which you didn’t foresee. Another big mistake is neglecting to do some research about the company. If you turn up to the interview with no knowledge of your employer, it doesn’t come off well. They’re much more likely to give the job to someone who shows genuine interest in the company.

If you’re not making it to the interview stage as much as you’d like, the issue could be with your resume and cover letter. Because resume writing seems simple on the surface, a lot of people rush through it. This is the core of so many people’s employment problems. You can use various tools to make sure your resume doesn’t have any spelling or grammar mistakes. Having a polished, professional-looking resume will give you shots at more positions than you’d imagine! With things like your cover letter and personal statement, you could be making simple phrasing errors. Whether your tone is too simple or too clever, get to your biggest writing weakness and hammer it down!

Take these three tips on board, and I’m sure you’ll have more success on your job hunt. One final mistake many people make is not asking for help. I understand that you want to come off as independent, but getting someone to look at your resume can do wonders. Swallow some of your pride, and accept people’s help wherever it’s offered.