Once upon a time, the vibrantly bustling City of Tucson was once a quaint and sleepy desert town. These days, if you reside in the city, you can sometimes forget that there’s a vast desert surrounding you. Whereas many might think the desert is dull, those who appreciate the wild landscape that makes up such a large part of America will find so much to love and things to do in the gorgeous Tucson, Arizona. 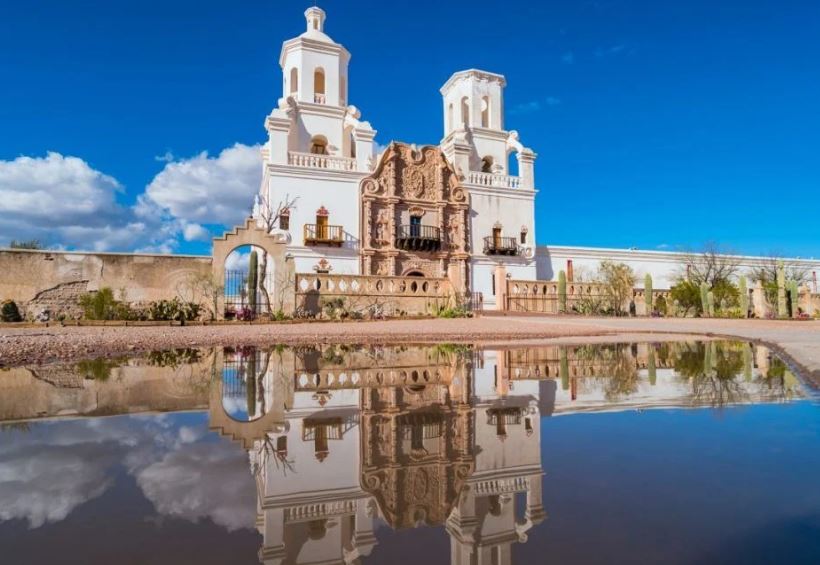 The mission of San Xavier del Bac is one of more than 20 Spanish Catholic missions across the deserts of Arizona. Located a mere 10 miles south of downtown Tucson, the church sits on the Tohono O’odham Nation Reservation. It’s also one of the most recognizable architectural structures in the area. The church, which is still fully functional and active, was opened in 1797, which makes it the oldest European structure in the state, though the O’odham provided the labor. 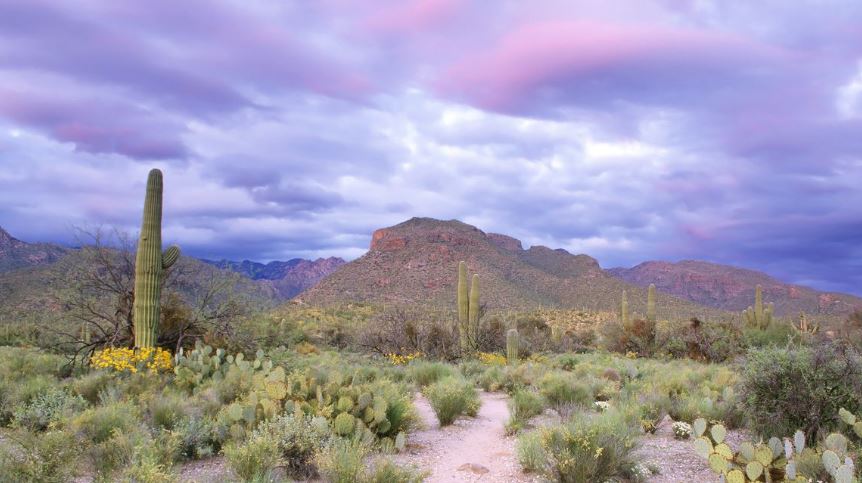 If you need a day in the sunshine and desert landscapes, take a cue from the locals and head for Sabino Canyon. This picturesque canyon is a haven for a variety of wildlife and desert foliage, including the famed saguaro cactus. Photograph the sunrise illuminating the spines of cholla cacti, then head for the trails to search for jackrabbits or a red cardinal. A hike to the Seven Falls waterfall is eight miles round trip, or you can take an informative tram tour. 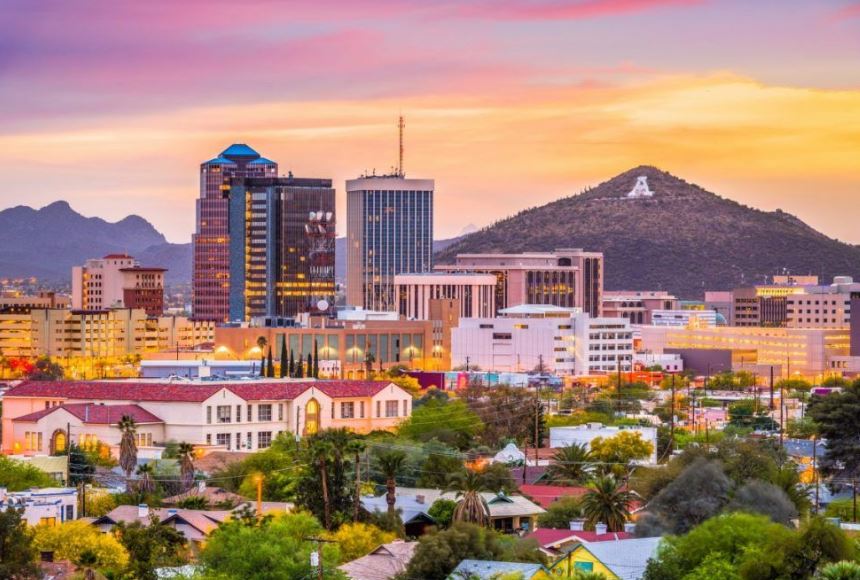 There are dozens of great cocktail bars around Tucson, but one of the most unique also has one of the craziest stories. The Owls Club was originally started by a group of rich railroad bachelors but has since been revived as a cocktail bar for all types of Tucson residents. Ironically, the club has also been revived in the chapel of a former funeral home. The fancy cocktail bar provides quite a lively atmosphere, particularly in comparison with its former usage. 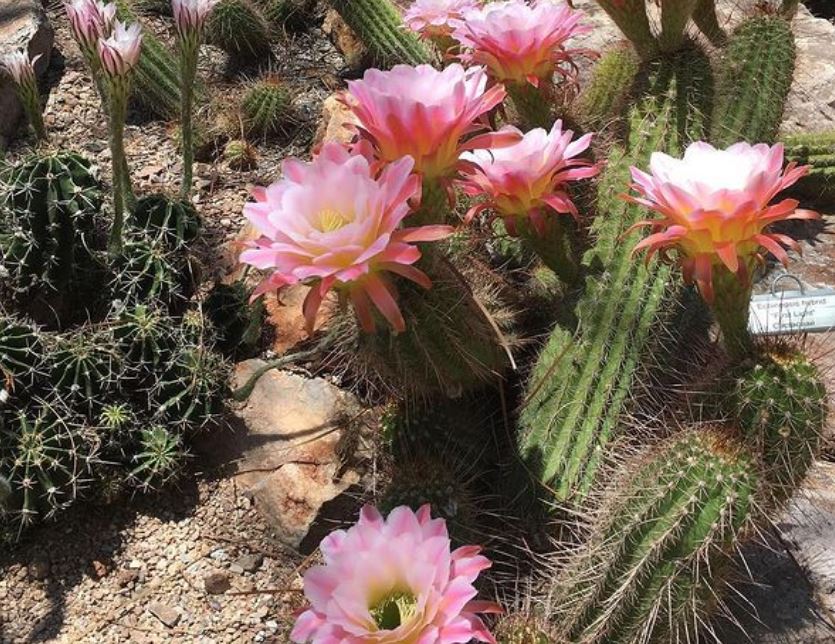 Beautiful and educational, the lush greenery at the Tucson Botanical Garden provides a peaceful respite amid the activity of the city. Take your family out for an afternoon touring specialty gardens like the Cactus and Succulent Garden, the Butterfly Greenhouse, and Nuestro Jardín, which honors traditional Mexican-American gardening. Have a glimpse of the famed corpse flower, then stop at Café Botanica. The restaurant serves traditional dishes using locally-sourced ingredients and herbs from the Herb Garden. 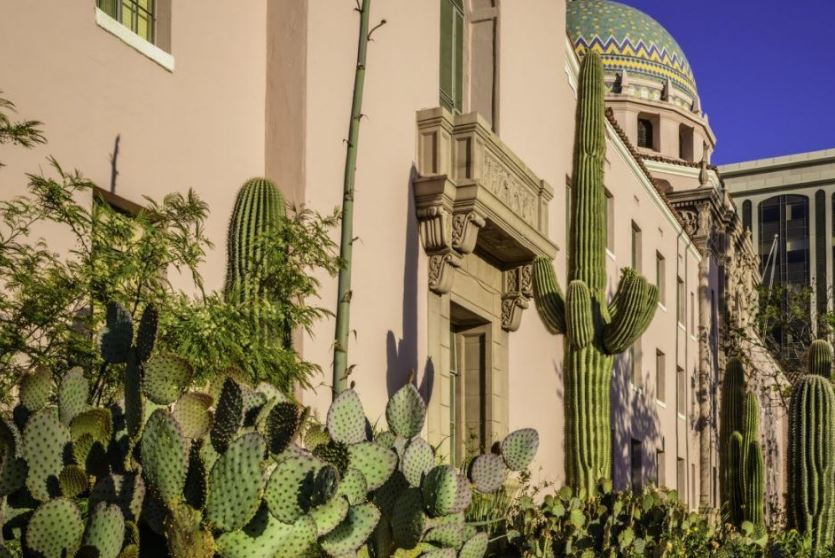 Outside of Latin America, you haven’t tasted a taco in the US until you’ve done so in Tucson. You might not know it, but Tucson has the best selection of legitimate Sonaroan Mexican fare. Thanks to its proximity to the Mexican border, you’ll find no shortage of fluffy corn shells, spicy salsas, or grilled meats. There are so many spots to get tacos in Tucson that you might find it better to take a taco tour. Grab some friends and go taco shop-hopping. You have nothing to lose and everything to gain.

06 Explore the Hills and Trails of Saguaro National Park 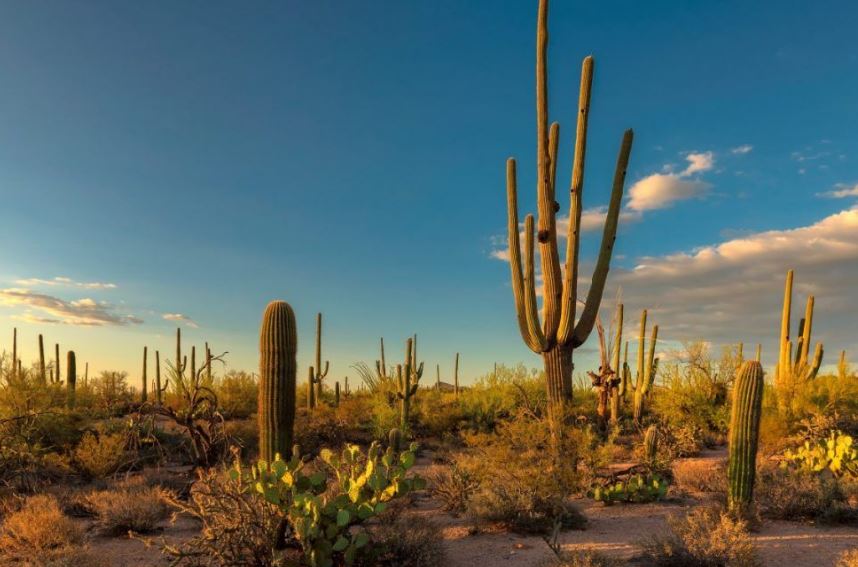 The majestic plains of Saguaro National Park are unlike anything you’ve ever seen. With the park itself in southern Arizona, it has two sections; both of which border Tucson. This desert park is 92,000 acres and named after the large cacti that dominate its landscape. If you hike through the park, there’s more to discover than first meets the eye. One trail, for example, leads to ancient petroglyphs of the Hohokam people. In the eastern part of the park, on the other hand, there’s a road that will show you the best of what Saguaro’s scenery has to offer. 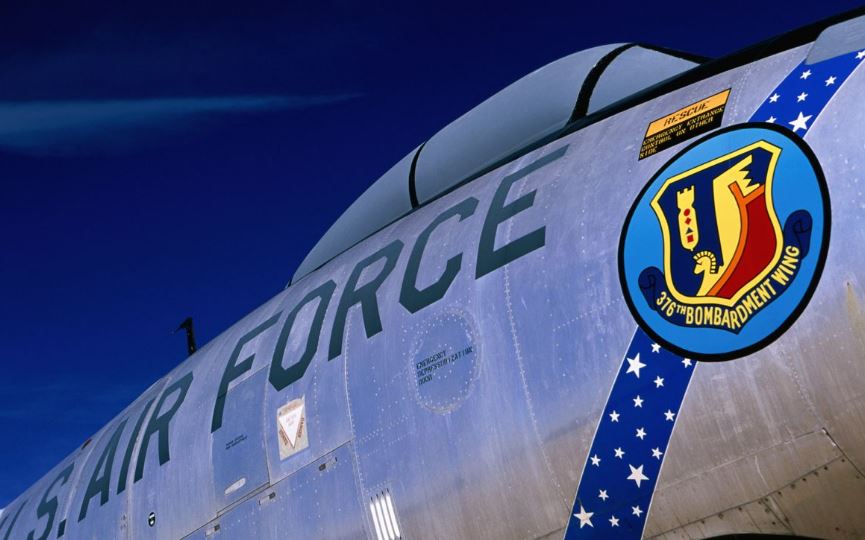 The Pima Air & Space Museum houses one of the world’s largest aircraft collections in over 80 acres of exhibits. Take a narrated tram tour for some backstory, reserving a spot on the AMARG tour for exclusive access to the “Boneyard.” View thousands of artifacts and touch hundreds of air vehicles in six indoor hangars, three of which feature WWII aircraft. Museum highlights include the capsule from the Apollo 13 movie at the Aerospace Gallery and the SR-71, the fastest airplane in the world.

08 Dine in a Submarine 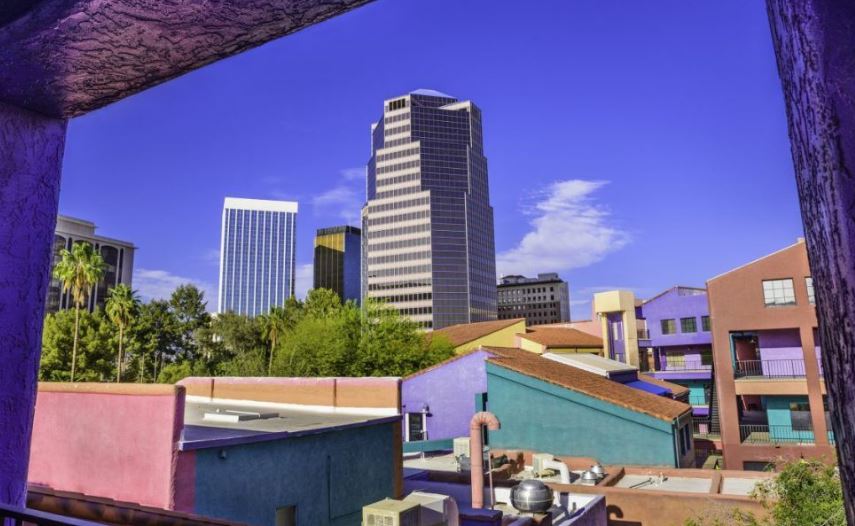 Although El Berraco isn’t technically a submarine, the building itself is shaped like one. Its menu is jam-packed with traditional Latin seafood. Foodie tourists to Tucson really shouldn’t miss out on this unique dining experience. El Berraco took interviews with 12 Latin chefs to pick the perfect person to make the restaurant everything that Benjamin Galaz, its owner, wanted it to be. Try one of the three ceviches and regret nothing. 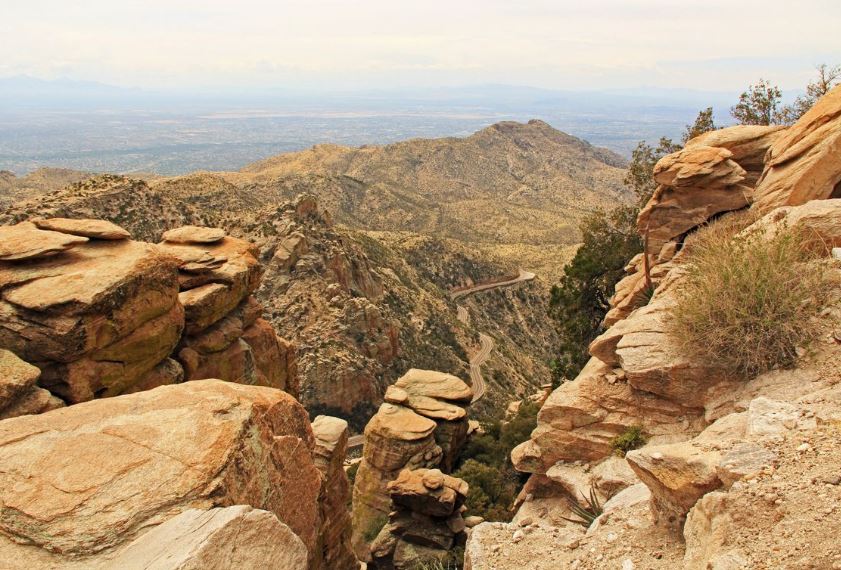 The highest point in the Catalina Mountains, Mount Lemmon, is a part of the sky islands that arise from the Sonoran Desert. Hot sands give way to grasslands, then lush alpine woods where you might even see snow. Take a drive up Catalina Highway, stopping at vista points for some spectacular views. The elevation results in a temperature drop of about 30 degrees, so get started early and take a jacket. Don’t forget to stop at Hoodoo Vista to check out the unique rock formations.

10 Take a Trip onto an Old Movie Set 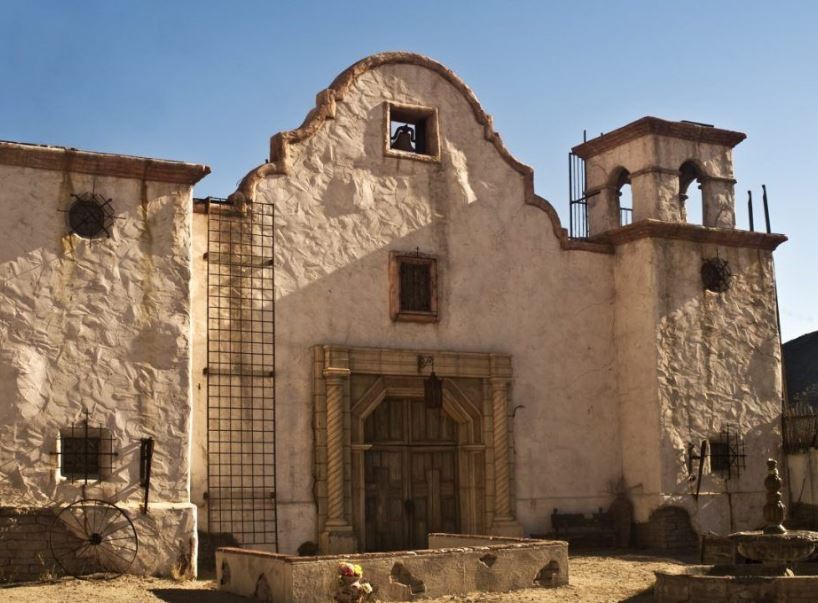 Originally built by Columbia Pictures in 1939, Old Tucson was made to resemble an old western town that could be used in movies. Hundreds of movies have been filmed on the movie set, though most of them were done before a fire in 1995 that took away quite a few of the existing buildings. Classic movies such as Arizona, 3:10 to Yuma, and A Star is Born all include the original Old Tucson set. Tours of the movie set can still be arranged, and everything outside of it is fully family and dog-friendly. 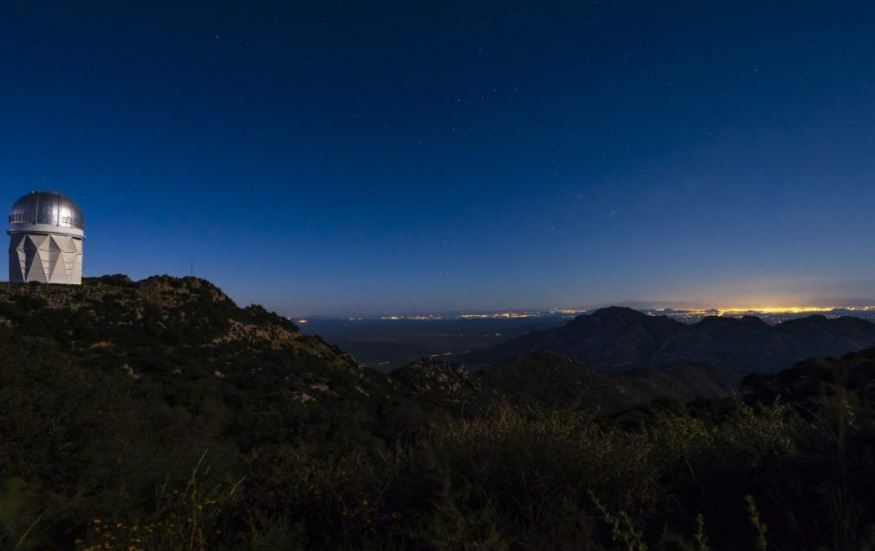 The Kitt Peak Observatory is on the peak of the same name, in the Quinlan Mountains. The desert provides some of the most awe-inspiring views into the cosmos available, with the telescopes available making it even more incredible. Get together with your family for a guided tour, then see which constellations you can spot in the seemingly never-ending skies above you. Just be sure you do the night tours. 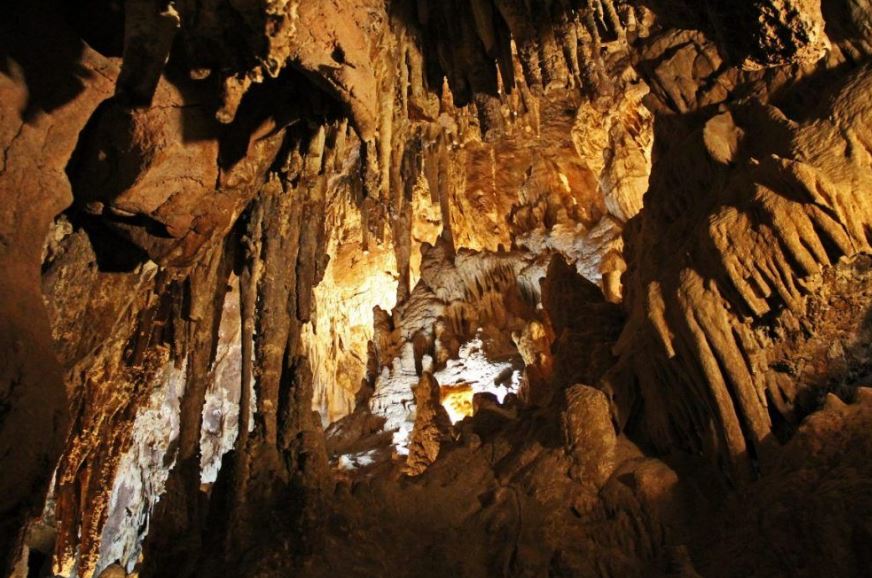 You might not have even thought that spelunking was a thing you could do, but in Tucson, it is. Colossal Cave Mountain Park has several different tours of the caves. The tours take roughly an hour and share the folklore and legends of your surroundings as you walk. If you’re looking for something slightly different for your Arizona vacation, this might be just the thing you never knew you needed to do. You also don’t need to be a professional to explore the caves. Anyone can do it, and the fact not everybody will should make it a driving force in your opting to.

13 Strike a Fortune While Gold Panning 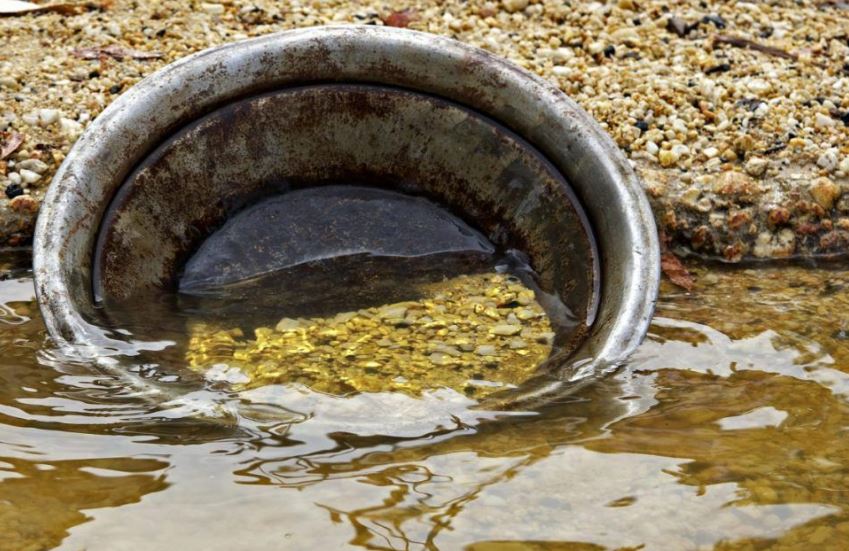 The gold rush led people to Arizona from far and wide, and Tucson was one of the best sources of it in the west. There are many gold mines around that you can choose from. If you’re feeling adventurous and lucky, you might even want to try out a few. Gold panning allows you to learn about the geology of the area, get a tan, and possibly walk away with some pure gold, to boot. What’s even better is that you can rent metal detectors from tons of places around the city so anyone can go along for the ride.

14 The University of Arizona Museum of Art 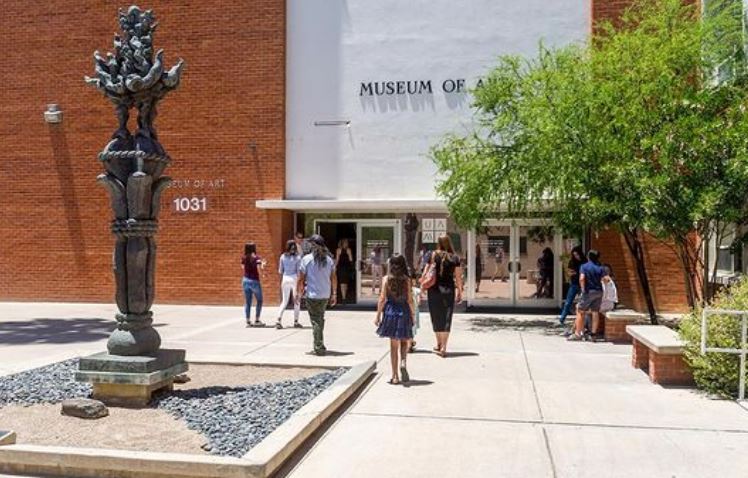 The University of Arizona Museum of Art has an astonishingly impressive collection spanning seven centuries, from the renaissance era to the present. In addition to rotating exhibits, the permanent collection includes paintings by Salvador Dalí and Jackson Pollock, and the surviving 26 panels of the Altarpiece of Ciudad Rodrigo, a 15th-century masterpiece.

15 Mosey on Down to Tombstone 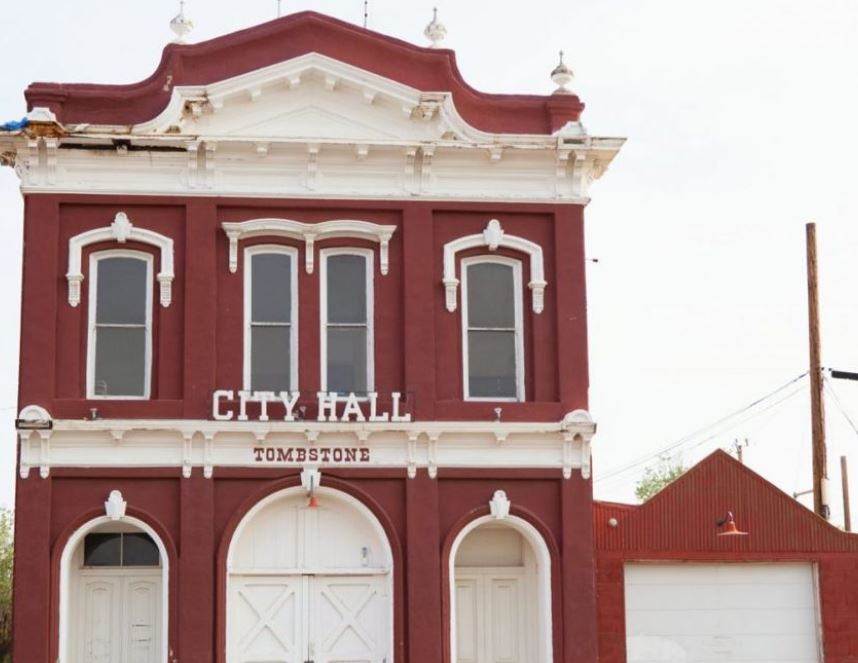 A mere hour’s drive by car and you’ll be able to visit the one and only Tombstone. Remaining largely unchanged from its glory days of the Wild West Tombstone provides tons of options for the curious visitor. As well as the Tombstone Courthouse, there are replica gallows, live reenactments of the O.K. Corral, and many ghosts are also said to haunt the streets. With such a rich history, it would be more surprising if you didn’t see one.