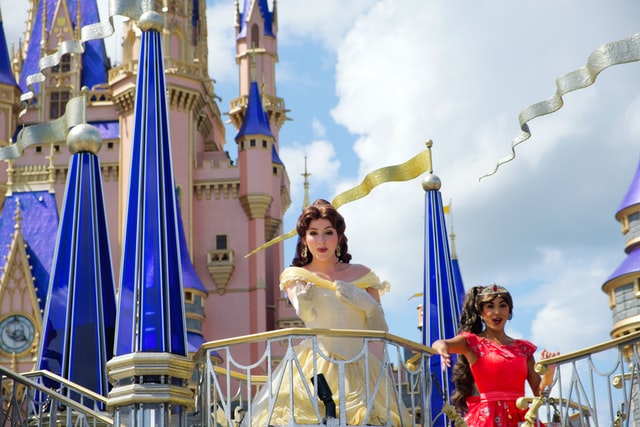 Prolonged closures at Disney’s California-based theme parks and limited attendance at its open parks has forced the company to lay off 28,000 employees across its parks, experiences and consumer products division, the company said.

In a memo sent to employees on Tuesday, Josh D’Amaro, head of parks at Disney, detailed several “difficult decisions” the company has had to make in the wake of the coronavirus pandemic, including ending its furlough of thousands of employees.

Shares of the company fell less than 2% after the closing bell on Tuesday.

Around 67% of the 28,000 laid off workers were part-time employees, according to a statement by D’Amaro on Tuesday. The company declined to break down the layoffs by individual park locations.

While Disney’s theme parks in Florida, Paris, Shanghai, Japan and Hong Kong have been able to reopen with limited capacity, both California Adventure and Disneyland have remained shuttered in Anaheim, California.

“As you can imagine, a decision of this magnitude is not easy,” D’Amaro wrote in the memo to employees obtained by CNBC. “For the last several months, our management team has worked tirelessly to avoid having to separate anyone from the company. We’ve cut expenses, suspended capital projects, furloughed our cast members while still paying benefits, and modified our operations to run as efficiently as possible, however, we simply cannot responsibly stay fully staffed while operating at such limited capacity.”

The parks, experiences and consumer products segment is a vitally important part of Disney’s business. Last year, it accounted for 37% of the company’s $69.6 billion in total revenue.

D’Amaro and his team have been working to persuade California state legislators to provide guidelines for reopening parks. Last week, the company provided a media update to highlight the success it has seen at its Florida parks and internationally in Paris, Shanghai and Japan.

The virtual update also showcased the updated safety measures it has in place already. These policies include requiring masks, having sanitation stations widely available, online mobile ordering for meals and cashless pay.

Disney’s coronavirus woes have been “exacerbated in California by the State’s unwillingness to lift restrictions that would allow Disneyland to reopen,” D’Amaro said.

Gov. Gavin Newsom outlined a new four-tier reopening framework in late August for easing restrictions on California’s businesses depending on the level of Covid-19 spread in individual counties.

Orange County, which is where Disneyland operates, remains in the “substantial” tier, and theme parks must remain closed, according to the state’s website. Orange County is reporting a local positivity rate, or the percentage of total tests that have positive results, of 3.1% — below the statewide 3.4% rate.

However, the county is reporting roughly 4.4 new Covid-19 cases per 100,000 people daily, preventing it from moving forward with more reopenings. Newsom told reporters during a press briefing at the end of August that state officials were “actively” working with Disneyland and other theme parks in California.

I write this note to you today to share some difficult decisions that we have had to make regarding our Disney Parks, Experiences, and Products organization.

Let me start with my belief that the heart and soul of our business is and always will be people. Just like all of you, I love what I do. I also love being surrounded by people who think about their roles as more than jobs, but as opportunities to be a part of something special, something different, and something truly magical.

Earlier this year, in response to the pandemic, we were forced to close our businesses around the world. Few of us could have imagined how significantly the pandemic would impact us — both at work and in our daily lives. We initially hoped that this situation would be short-lived, and that we would recover quickly and return to normal. Seven months later, we find that has not been the case. And, as a result, today we are now forced to reduce the size of our team across executive, salaried, and hourly roles.

As you can imagine, a decision of this magnitude is not easy. For the last several months, our management team has worked tirelessly to avoid having to separate anyone from the company. We’ve cut expenses, suspended capital projects, furloughed our cast members while still paying benefits, and modified our operations to run as efficiently as possible, however, we simply cannot responsibly stay fully staffed while operating at such limited capacity.

As heartbreaking as it is to take this action, this is the only feasible option we have in light of the prolonged impact of COVID-19 on our business, including limited capacity due to physical distancing requirements and the continued uncertainty regarding the duration of the pandemic.

Thank you for your dedication, patience and understanding during these difficult times. I know that these changes will be challenging. It will take time for all of us to process this information and its impact. We will be scheduling appointments with our affected salaried and non-union hourly employees over the next few days. Additionally, today we will begin the process of discussing next steps with unions. We encourage you to visit The Hub or the WDI Homepage for any support you may need.

For those who will be affected by this decision, I want to thank you for all that you have done for our company and our guests. While we don’t know when the pandemic will be behind us, we are confident in our resilience, and hope to welcome back Cast Members and employees when we can.