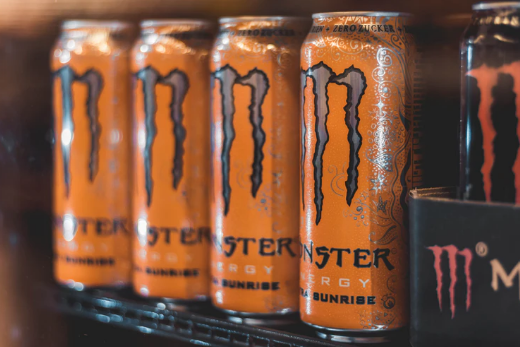 Melbourne scientists have discovered that some energy drinks contain harmful levels of hydrogen peroxide, a substance many people associate with bleaching their hair or teeth.

The researchers found the chemical was at concentrations high enough to potentially “explain some cancer risk trends in the age group who consume energy drinks”.

The link was an associative one, not causative.

Professor Louise Bennett from the Monash School of Chemistry is lead author of the study, and said these high concentrations of hydrogen peroxide were a byproduct of the manufacturing process, and that drink makers were likely unaware that this was the case.

Hydrogen peroxide is an oxidiser, a bleaching agent, and a common component in first-aid kits as a mild antiseptic for minor cuts, scrapes, and burns. It also is used to rinse mouth infections and irritations.

All of this is at a relatively low concentration.

Even so, prolonged exposure can cause irritation of the eyes, throat, respiratory airway, and skin can become blistered. If it’s used to dissolve earwax, the ears can become inflamed.

And, as Professor Bennett observes, hydrogen peroxide is produced in the human body at tiny concentrations as “an essential signalling agent, known as a second messenger”.

Hydrogen peroxide is associated with metabolic activity, and in particular mitochondrial activity.

The mitochondria, an area of great interest in serious ageing research, produces energy inside our cells.

So we need it?

Yes, but at a tiny concentration – what’s known as nanomolar levels – of less than 0.0003 mg/kg. And it can be “inactivated by cellular processes”.

The study found that levels of hydrogen peroxide in some energy drinks were 15,000 times higher than the natural levels produced in the body.

Australian regulators allow for up to 5 mg/kg residue in foods. (The food industry uses hydrogen peroxide as a sanitisation agent.) In many countries, said Professor Bennett, the permitted levels are much lower: 0-0.5 mg/kg.

Why look at energy drinks?

Professor Bennett’s research group is interested in phytonutrients and how they confer health.

Phytonutrients are chemicals produced by plants as a self-help health function.

Foods with phytonutrients (such as fruits and vegetables, legumes, nuts, tea, whole grains for example) have antioxidant and anti-inflammatory benefits. Although antioxidants get a lot of good press as healthy agents, Professor Bennett has been investigating their dark side.

“There’s a lot of media interest in antioxidants,” she said. “But they can be double edged.”

So the question for the researchers was: What antioxidant foods were possibly producing hydrogen peroxide?

Energy drinks were interesting because they had antioxidants, but not naturally occurring ones.

“These were formulated beverages and they sometimes don’t have any of the natural protections (found in coffee and wine).”

The researchers looked at a set of 40 soft drink beverages, including 28 energy drinks, five of which had “quite high measurable levels of hydrogen peroxide”.

Professor Bennett said: “We know that these levels are much higher than what’s naturally produced in the body. And when you couple that with drinking 350ml in one go, we think there could be some health risk.”