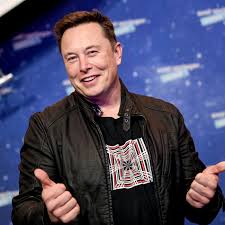 Silicon Valley has been the epicenter of the tech industry for decades, starting in 1938 when Bill Hewlett and David Packard started tinkering in a Palo Alto garage.

But that may be changing. Perhaps the most striking evidence of that: A descendant of the company they founded, Hewlett Packard Enterprise (HPE), will move its headquarters to Texas. On Friday, another longtime Silicon Valley stalwart, Oracle (ORCL), announced plans to join them, saying it will relocate its headquarters to Austin.

A string of high profile tech investors and executives are leaving San Francisco, too: Last week, Elon Musk said he has moved to Texas after selling his Bel Air homes earlier this year.
Such moves are to be expected during the pandemic, when people are working from home anyway. Several tech firms have said they’ll give employees the option to permanently work from home even after the pandemic ends.

But the relocation of corporate headquarters, company founders and big-name VC investors points to a corporate diaspora of the tech industry — and what some have called a “tech exodus” from the Bay Area.

Some who have already left San Francisco complained of mismanagement of the city and state. Though it’s not clear what exactly they’re referring to, California has implemented Covid-19 related restrictions that some in tech — particularly Musk — were critical of (though others in the industry took the opposite tack). Florida and Texas, by comparison, have applied somewhat less stringent restrictions.

Silicon Valley also has notoriously high real estate prices. And California has a high personal income tax rate, while Florida and Texas have none.

Where are they going?

A tech company decamping to Texas, and especially to Austin, is hardly groundbreaking. The tech hub, nicknamed “Silicon Hills,” is already home to industry leaders including Advanced Micro Devices (AMD), Dell (DELL) and others.

As of November, 39 companies — in tech and other industries had relocated to Austin so far this year, according to data from the Austin Chamber of Commerce. Among those are 8VC, the venture capital firm run by Palantir co-founder Joe Londonsdale. Tesla (TSLA) is also building a 4 million square foot facility just outside Austin that’s expected to create 5,000 jobs, the Chamber’s records show.

And though it’s not a tech firm, e-cigarette maker Juul Labs moved its corporate office from the Bay Area to Austin last year.

“We talk about ourselves as the Human Capital,” said Laura Huffman, president and CEO of the Austin Chamber, citing the diverse and highly educated population of the region as one reason companies seek to relocate there. She noted that 47% of the city’s working population has a bachelor’s degree, thanks to the 25 colleges and universities in the area.

“I also would not underestimate the importance of quality of life,” Huffman said. “There are a lot of things about this community — it’s got a great local flavor, a great music scene, it’s an outdoors city. That’s where people want to be. I think 2020 has taught us all that we have more choice when it comes to where we live.”

Miami Mayor Francis Suarez has also jumped on the opportunity to attract more leading firms to the area.

When Delian Asparouhov, a principal at Peter Thiel’s Founders Fund and co-founder at Varda Space Industries, tweeted earlier this month: “Ok guys hear me out, what if we move Silicon Valley to Miami[?],” Suarez quickly responded: “How can I help?”

On Monday, Suarez is hosting a virtual roundtable discussion on how to foster the city’s growing tech scene.

“If you are interested in growing Miami’s reputation as an international tech/startup hub and making Miami the city of the future, we want to hear from you,” Suarez said on Twitter. “Let’s work together to enhance innovation and catalyze entrepreneurship.”

At least one tech leader was way ahead of the curve on ditching Silicon Valley for the opposite coast — Reddit Co-founder Alexis Ohanian tweeted earlier this month that he moved from San Francisco to Florida several years ago. (Serena Williams, then his fiancee and now his wife, had lived there for years).

“People [were] shocked,” Ohanian said. “‘But how will you do business from South Florida?’ Three years later, my business life [is] doing pretty well … and [now there are] headlines every time another Silicon Valley exec leaves for Miami.”

Goldman Sachs, based in New York, is also reportedly looking at moving some operations to Miami.

Here is a rundown of some of the big names in tech who have announced plans to leave the Bay Area for Texas just this year:

And here are a few who have recently moved to Florida: