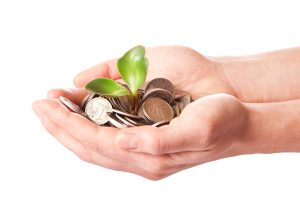 If you want to make money with a manufacturing company you need to know how it fits into the modern industry. There are a lot of reasons why manufacturing is an old dog trying desperately to learn new tricks. First, it’s expensive to run and unlike other industries, there aren’t a whole lot of ways you can cut down the costs. Unless of course, you just throw the rulebook out completely. Second, almost every other industry has become an international power.

Manufacturing companies can play on the global field. But they find it more difficult. Unlike other companies they then have to ship their products to different areas. Doing this puts yet another huge cost on them. Then, there’s the energy crisis. More companies are trying to cut back on energy usage, starting with small changes such as solar power. For manufacturing companies, energy saving just isn’t that simple. They have plenty of heavy machinery and equipment that devours power. Again, it’s difficult to get around this. 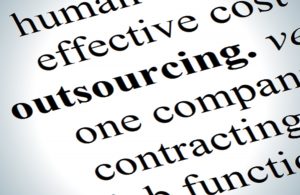 There are numerous ways outsourcing is playing a huge part in the modern manufacturing industry. Companies in developed countries are facing a lot of competition from international manufacturers. Usually, these companies have human right laws that are more lenient towards business owners. Essentially, if you open a company over in a place such as China, you can pay your workers virtually nothing. This was highlighted much to Apple’s embarrassment weeks before the Steve Jobs biopic was released. So, this is certainly an option that manufacturers must consider. Moving most of their business overseas to cut costs on labor. Of course, there is another possibility that we’ll discuss further down. For now, we’ll stick with outsourcing

Manufacturers can also set themselves up as an outsourcing solution. Instead of making an entire product manufacturers can focus on one part of the production process. Again, this is one way that manufacturers can control costs, to an extent. A lot of the more pricey areas of production are covered by another company. It’s a clever way to keep a business competitive and beat the international competition.

A further way that outsourcing plays a part in manufacturing is with outsourcing solutions. Instead of paying for transportation of the product themselves, they can hire a company to complete that task for them. Again, it’s just another way to cut the costs. It’s effective too. A lot cheaper than hiring extra staff, that’s for sure.

The problem with outsourcing is that it gets a lot of bad buzz in the press. That’s why there’s another option. 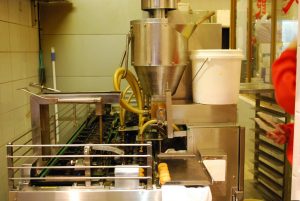 Rather than outsourcing, manufacturers could start looking into automation. This is already a prevalent force in manufacturing companies across the globe. Automation simply means there is no need for human input. Instead, everything is controlled remotely or by machine. Due to this manufacturers can save by not needing to hire more employees and workers? Cool, but it still presents the same problem as outsourcing. People will lose jobs because manufacturers aren’t going to need them.

That said automated machinery like coating machines are already ready and available for purchase on the market. When you read the info about coating machines that are automated, it seems like the perfect solution for small manufacturers. That’s because it is. Rather than hiring staff, they simply purchase a few machines. Yes, the machines still need maintenance, but it won’t cost anywhere near as much as a full team of staff.

People might be upset about this level of automation. But there’s no doubt it’s the future of the manufacturing industry. It’s one of the only ways that manufacturers can save the amount of money they need to stay competitive.

New Kids On The Block

Manufacturers also need to think about who to sell their product to. In the past, they would usually sell to a supplier who would then sell it on to a consumer or business owner. That almost worked. Except for the fact that on a number of occasions manufacturers weren’t paid for their product at all. At least not until the product at been sold from the shop floor. This could take weeks or even months. Invoice factoring was the best solution. But then manufacturers were paying money to get the money they owed back. It’s one of the main reasons a lot of the older firms went out of business.

So what is the solution? Manufacturers should now be setting themselves up as ecommerce companies like every other business. Instead of selling to local supplies they can sell on an international level. Using outsourcing solutions, this is cheap too. It doesn’t cost the company a fortune anymore. As well as setting up as an ecommerce company, manufacturers can sell their product directly to the consumer. This is going to work for manufacturers who are making smaller products. Cutting out the middle man is going to save manufacturers a lot of cash in the long run.

It’s clear then that manufacturers do need to find their place on the market. Right now, they are still struggling. But there are solutions, provided by modern tech and business ideas. If manufacturers get on board with these changes, they will no longer be relics from the industrial age. They can be the driving force of the new international industry. However, they must make these changes now and stop living in the past. It’s time for manufacturers to step up once more and claim their rightful place as key players in the market.