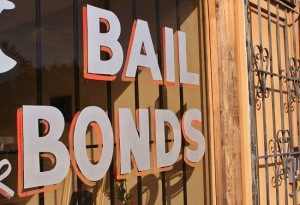 As the old commercial with the frying egg and the pan taught everyone, drugs are bad for the brain and the body. What the commercial probably should have included was a piece of currency: drugs can also drastically damage your finances too.

Part of this is because drugs are costly, whether they are purchased legally or illegally. But, what’s more, drug convictions can end up costing you tens of thousands of dollars, in more than one way.

The Cost of a Drug Conviction

Of course, all of these fines are in addition to any money you may spend on legal fees. Going to trial for a drug offense can cost tens of thousands more if you opt to hire your own attorney (as opposed to a public defender). If your drug offense involved bodily harm to another  if, for example, you injured someone while high on meth  they can also bring a lawsuit against you.

Drug Convictions and Your Job

According to OK Bail Bonds in Houston, Texas, drug convictions don’t just impact your finances directly, they also do it by costing you your job. If you fail a drug test, refuse to take a drug test, miss work because of drugs, or you’re involved in a workplace incident while high, you can be fired. In some states, you can also be fired if there is just reasonable suspicion.

If this happens, you’re most likely out of luck: per the Houston Chronicle, most states do not reward unemployment benefits to people who are fired for drug use. Rather, these benefits are typically limited to people fired through no fault of their own, a category upon which drug use does not qualify.

If you’re a student receiving financial assistance from the government, a drug conviction can all but put an end to your schooling. According to the US Department of Education, if you’re convicted of a drug related felony or misdemeanor while receiving federal financial aid, you will become ineligible for that aid until a set period of time or unless you meet several requirements.

Some of these requirements include successfully completing a drug rehabilitation program, passing two unannounced drug tests, or having your conviction reversed or otherwise rendered invalid.

Most everyone knows that it never pays to do drugs; as demonstrated above, it only costs.

This article was contributed on behalf of OK Bail Bonds, your number one choice when looking for bail bonds in Houston. Check out their website at www.okbailbonds.net for more information!