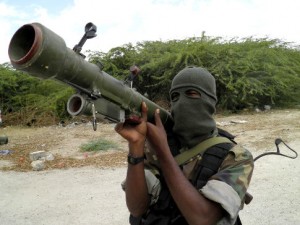 The recent assault on a shopping mall in Kenya is not only a terrorist attack in Africa. It is an attack on the world. The Westgate centre was chosen by Al-Shabaab because of the mall’s global ownerships and customer base. They waited for a halcyon day when shoppers were at ease. It is their want to delay retribution to a time when a state of heighten security is relaxed. They remind us of the new ways in which we all must reconsider our futures and perhaps predict what is to come. We are members of a growing global community where we must rethink our ideas of freedom within our borders. The Al-Shabaab attack is a stark reminder that sovereign relationships matter.

Israelis were among the first responders on the September 21st attack. The Kenyan- Israeli relationship is not new. The Minister of Foreign Affairs in 1963 Golda Meir collaborated with Jomo Kenyatta. Ties were temporarily severed during the Yum Kippur Wars in 1973. In 1989, Kenya signed a political agreement with Foreign Minister Moshe Arens. In 2011, Israeli Prime Minister Benjamin Netanyahu signed an arms deal with Kenya’s Prime Minister Raila Odinga. Israeli supplied arms resulted in civilian deaths in Somalia, bestowing exactitude upon radical groups for future hate crimes.

Formally recognized as a militant group in 2012 Al-Shabaab took full credit for the slaughter of 63 souls and the maiming of hundreds. Their reasoning in part, according to Al-Shabaab spokesperson Sheikh Abulaziz Abu Muscab was retribution for the Israeli Kenya partnership with the African Union force and their war against Islamists in Somalia.

Soft targets in the United States are becoming focal points for death dealers. Upgrading security in our public spaces to reflect the new norm in terrorism continues to be a jolt to our economy. Battling radicalized groups has become a war of intelligence over economies. The government must continue to subsidize private commerce in its efforts to keep us safe. Private security is expensive and is becoming an industry in demand. 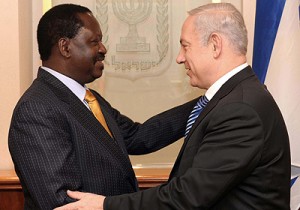 Trans-border terror wars are changing how we spend our dollars and will deeply affect our cherished privacy. We are learning by way of death dealers that there will be eventual high costs in securing communal spaces. This will jeopardize how we allocate government funds for civic programs.

Enhanced public security will translate to increased revenue demands through higher taxes. This affects our monetary policies. The war on terrorists has become a multi prong fork. Each tine represents a point of divergence to a new financial reality.