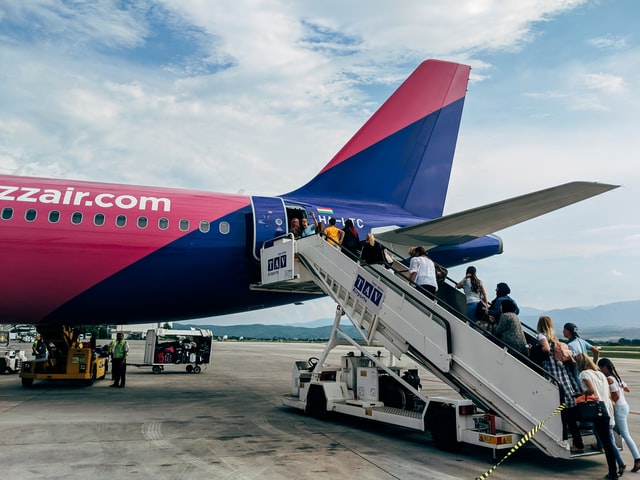 You might have noticed when you fly onboard a low-cost-carrier like easyJet, Frontier, or others that you might not park at an airport gate – rather, the plane stops far from the terminal, and you need to use stairs to reach a bus to begin a long trek. Why is this? Let’s explore.

Why do some airlines prefer the ramp?

A remote ramp, or better described as a distant parking spot, is where an airline can park its aircraft, disembark passengers and refuel away from the terminal. Generally, these locations are far from any buildings and do not have a jetbridge (although some airports do have distant ramps with bridges, like LAX). As a passenger, they can be annoying to use and add time to the journey.

So why would airlines use it?

For every service at an airport, an airline has to pay a fee from landing fees (cheaper than you may expect, airlines pay per weight of aircraft), fuel, and passenger services.

As you can see, many airlines don’t want to pay if they can – especially those that are low-cost-carriers that so price competitive that they must save money where they can.

A ramp at the terminal with a jetbridge not only incurred a higher fee, but airlines have to pay for more airport crew like ramp operators and liaisons at the gate. Sometimes the cost to use a terminal gate is auctioned to the highest bidders. Airlines like national flag carriers incorporate this fee into the passenger ticket price (and its part of a customer expectation), but others like low-cost-carriers can’t compete.

To reduce the cost of flying to airports even more, low-cost Airlines has taken Boeing up on the optional extra to install stairs onboard their Boeing 737 fleet. That’s right; these planes don’t even need stairs to board or disembark passengers offering two significant savings.

The first is that the airlines doesn’t need to hire a stair car when the aircraft parks at the remote ramp. This saving across a major airline at every airport can certainly add up, and in the end, it is a saving that has an impact on its bottom line. But that isn’t the best saving.

The best saving for low-cost Airlines is that they are faster to release passengers and reboard. Even a saving of 10-15 minutes per stop adds up to enough that low-cost Airlines can squeeze in additional flights per day. A considerable number of dollars by the end of the year.