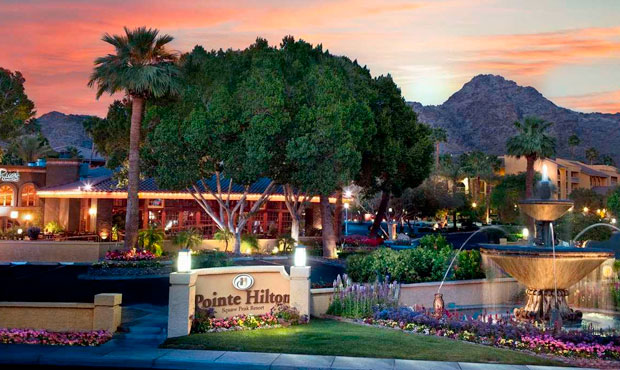 PHOENIX – A venerable Phoenix resort is the latest entity to take a term considered a slur against Native American women out of its name.

The decision comes following more than a year of planning, Crescent said.

“We wanted to consider the values and perspectives from our associates, guests and the community when determining what was most important in the name,” Michael George, Crescent CEO, said in the release.

“Now that we’ve attained all necessary approvals and we’re nearing the finish line on updating all of our branding, we’re excited that we can finally announce the Hilton Phoenix Resort at the Peak.”

The release said the name change is part of Crescent’s overall plan to renovate and reposition the 27-acre, all-suite resort, which celebrated its 40th anniversary in 2017.

Longtime Valley residents are familiar with “Squaw Peak” as the original name of the popular hiking destination near Lincoln Drive and 24th Street now known as Piestewa Peak.

Several nearby businesses and roadways, including the resort and State Route 51, had adopted the original name of the landmark mountain.

The peak and highway have since been renamed to honor Army Spc. Lori Ann Piestewa, an Arizona-born member of the Hopi Tribe who was killed during the Iraq War in 2003.