The U.S. is facing a shortage of skilled trade laborers. This is due to several factors, including the culture’s emphasis on getting a four-year college degree and an increasing number of retiring Baby Boomers. The shortage of skilled trade labor has pushed up wages in these occupations. According to data from the Bureau of Labor Statistics, the median annual earnings for skilled wage occupations is $47,428, nearly 20% higher than that across all workers. 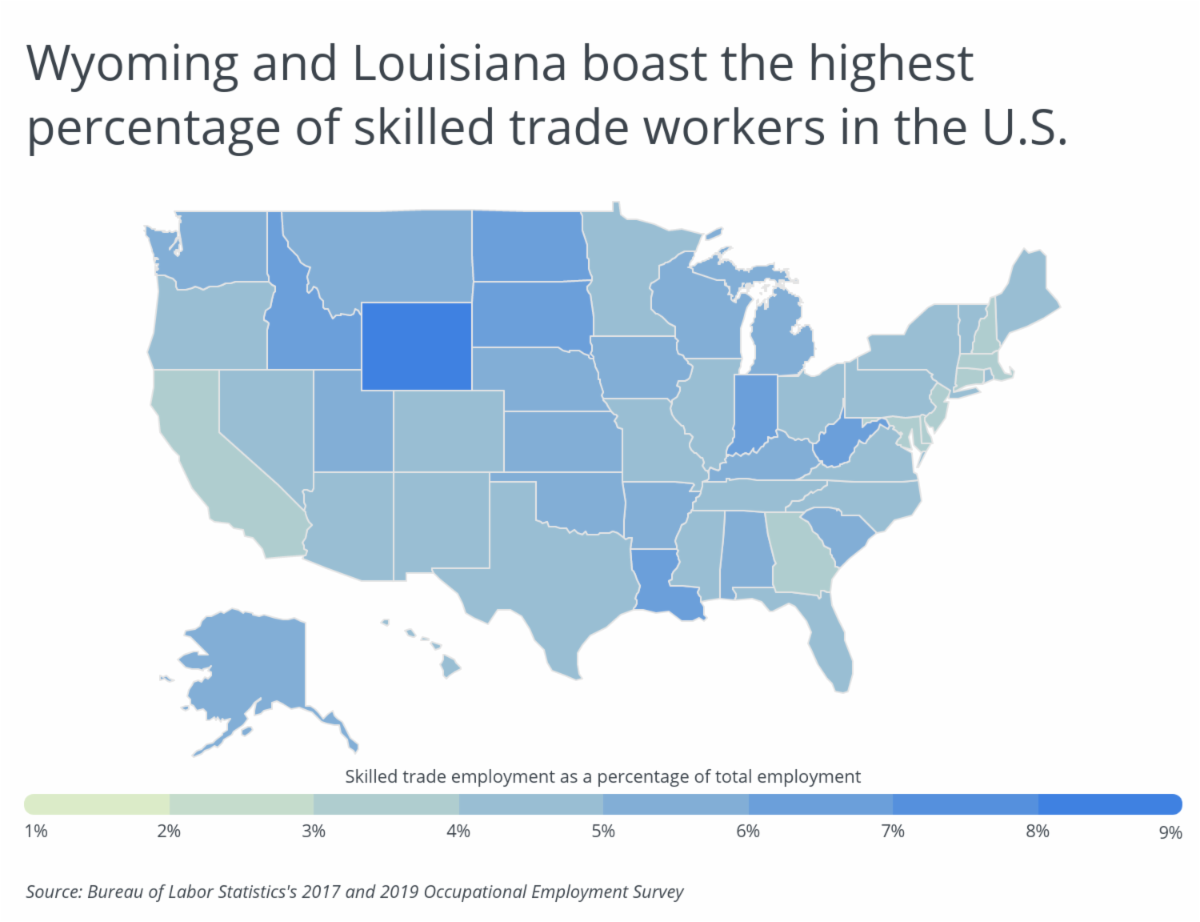 To find the best areas in the U.S. for skilled trade workers, researchers at Porch analyzed data from the Bureau of Labor Statistics, the U.S. Census Bureau, the Bureau of Economic Analysis, and Unionstats.com and created a composite score based on the following factors:

Researchers at Porch ranked states according to their composite score. At the state level, the best states for skilled trade workers are in the West. According to the composite score, the highest ranking state is Nevada, where median annual earnings for skilled trade workers is nearly $50,000. Both Oregon and Washington also rank highly among states and offer attractive wages for tradesmen. All of these states also show higher-than-average employment growth in skilled trades and have high rates of private union membership. At the national level, skilled trade employment grew by 6% from 2017 to 2019, and 6.2% of private industry workers belong to unions. 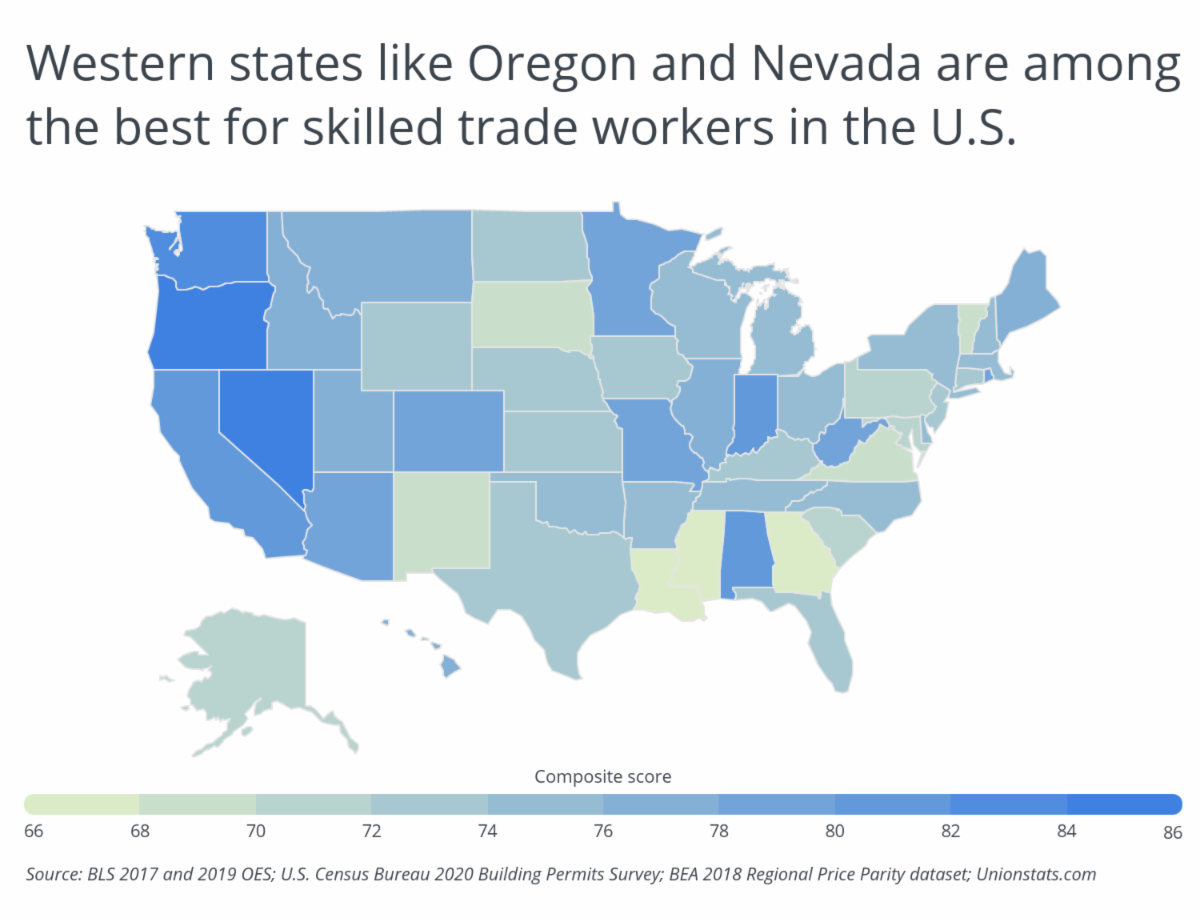 he analysis found that over the past two years, Texas has experienced a growth of 8.3% in the employment of skilled trade workers. The median annual wage for skilled trade workers is $43,869 there, which is lower than the national figure of $47,428. Here is a summary of the data for Texas:

For reference, here are the statistics for the entire United States:

For more information, a detailed methodology, and complete results, you can find the original report on Porch’s website: https://porch.com/advice/best-cities-for-tradesmen/