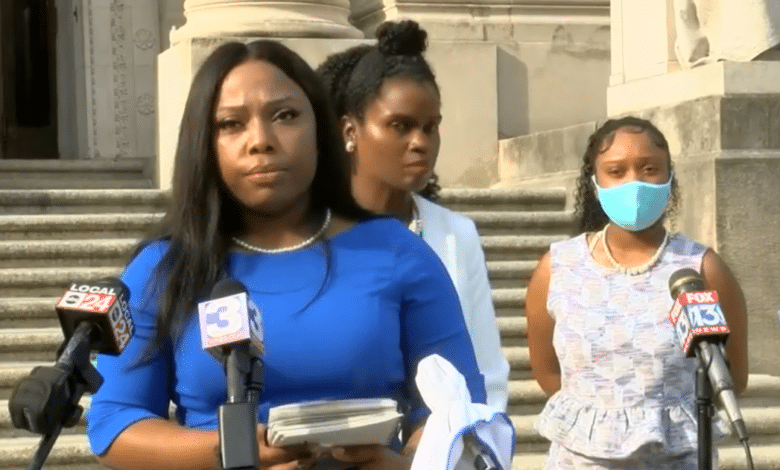 According to the information presented in the complaint, Robinson is the Director of The Healthcare Institute (THI), a provider of educational and training programs for jobs in the healthcare field. She is also a Tennessee State Senator, having been elected to represent the 33rd District in Shelby County in 2018.

According to a news release from the U.S. Department of Justice, between 2015 and 2019, The Healthcare Institute received over $2.2 million in federal grants from the Health Resources and Services Administration (HRSA), an agency of the U.S. Department of Health and Human Services. During that same time period, Robinson stole in excess of $600,000 from THI by compensating herself in excess of what was allowed under the terms of the HRSA grant and by using Institute funds for payments and purchases for her own personal benefit and that of her immediate family. Payments and purchases included a vehicle for her daughter; clothing, accessories, and hair and beauty products; expenses related to her wedding and honeymoon, and later, legal fees for her divorce; payments on her personal debts, including credit cards, store charge cards, student loans, and other personal loans; travel and entertainment for herself and her family; improvements to her personal residence; expenses related to a body aesthetics business she owned and a snow cone business operated by her children; and an event for her State Senate campaign.

If convicted, Robinson faces a possible sentence of up to 20 years in federal prison, 3 years supervised release, and a $250,000 fine.

FOX13 broke the story back in February when agents searched Robinson’s home and business. Investigators were removing boxes and computers from The Healthcare Institute on Winchester Road several months ago.

According to her website, Robinson secured a $1.6 million federal grant for the vocational nursing school she founded. Back in February, nursing students who attend the training school told FOX13 agents questioned them about whether they were receiving grants for the program.

The state senator is running for re-election.

Senator Robinson and her attorneys held a press conference Wednesday evening to responded to the allegations.

Robinson’s Attorney Kamilah White said, ”These are allegations. Senator Robinson has a story to tell. She’s eager to tell that story. We believe once all the facts come out and her story is told, she will be vindicated.”

Senator Robinson would not take any questions. She did ask her supporters to keep supporting her. She also said her school The Healthcare Institute is still open.

Robinson insisted the investigation and the charges against her are a personal attack.

“If I did not champion the voices, the views and faces that I represent then I would not be in this moment right now,” said Robinson.

“If you support me, keep supporting me,” said Robinson. “If you stand with me, keep standing with me.”

White said the complaint is overreaching and will lead to overcriminalization.

“Sometimes we criminalize activity that might not have any criminal intent,” said White.

Robinson did not comment on the allegations but did say “I ask that you give me your thoughts and your prayers. Your prays more so than anything.”

During the news conference, lawyers said Robinson is human and has been serving on the frontlines as a nurse throughout the pandemic.

No one would answer questions after the news conference.

The Senate Democratic Caucus issued a statement related to the charges filed against Sen. Robinson.

“It’s clear that Sen. Robinson’s work in the state legislature on behalf of her constituents is not in question here today. Just like every other American, Sen. Robinson deserves the presumption of innocence and due process under the law. Her case should be resolved by a court of law, not by the court of public opinion.”