The Rosenkranz Foundation seeks to encourage and create innovative practices in the Arts, Higher Education and Public Policy. Founded in 1985, the Foundation has gone on to promote its values globally through its various thinktanks, funding of universities and other initiatives. It is perhaps best known for the Intelligence Squared US (IQ2US) debates, which began in September 2006 in New York and have gone on to air on the Bloomberg TV network and NPR stations across America.

The purpose of IQ2US, as with all that the Rosenkranz Foundation does, is to promote unusual and undervalued views and ideas from across the spectrum of American society. To that end, all the debates are released for free viewing to anyone via YouTube, demonstrating the foundation’s global scope and ambition, against a broader mainstream political discourse that frequently seems to be narrowing by the day. 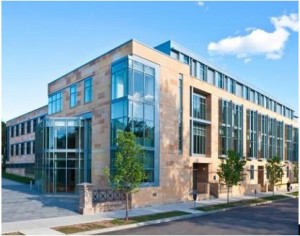 But their scope extends still further than the political arena, into the areas of higher education and the arts. These two areas come together neatly in the Rosenkranz Writer-In-Residence program at Yale University, which is funded by an endowment from the Foundation. The program places acclaimed writers of all kinds at Yale on a temporary basis, allowing students to interact with great contemporary writers as they would with their regular professors, through lectures, seminars and office hours, plus exclusive readings. The program’s goal, according to CEO Robert Rosenkranz, is “to enrich the life of a great university by providing a different order of experience for her students and distinctive, non-traditional element to her faculty”. So far, three different writers working in different media have participated in the program, providing students – and faculty – at Yale with truly unique experiences outside of the academic norm.

Through Alexandra Munroe, Ph.D., a Director of the Foundation and wife of CEO Robert Rosenkranz, the Foundation has extended its contacts with the art world and focused its artistic mission on increasing understanding of and appreciation for Asian art. Through its program of grants, funding and donations, the Foundation has been responsible for large donations of Chinese art to the Harvard University Art Museums and published numerous books on the subject of Asian art. These have included a collection of works by Mu Xin completed while he was imprisoned during the Cultural Revolution, notable for being the only comprehensive collection of the artist’s work from before he emigrated to the US in the 1980s. They have also published a series of books on the culture and civilization of China, the first three of which focus on the architecture and sculpture of China, and were published with the co-operation of the People’s Republic of China.

Other artistic projects run by the Foundation include the Rosenkranz Shakespeare Fund, which aims to put on one production of a play by William Shakespeare every year. This began in December 2013 with the Andover Department of Theater and Dance’s production of Shakespeare’s Comedy of Errors.

The Rosenkranz Foundation’s many other initiatives, both in the US and abroad, show it has gone some considerable way to achieving its goals of promoting ‘fresh and effective intellectual perspectives’ throughout public policy discourse and the world of higher education.