Warren Buffett’s Berkshire Hathaway shares have Nasdaq’s computers in check, as their price reached and exceeded the limit figure that its algorithm can record.

Berkshire Hathaway shares, an investment group led by Warren Buffett, have reached such a high price that Nasdaq computers are unable to record their price. The entity stopped transmitting the quote from Tuesday and today there is no information about them on its official website.

Last Tuesday, Buffet’s company closed its listing at a price of $ 421,420 per share with an upward trend. Although it is excellent news for the tycoon and investors, the increase put Nasdaq on alert to the arrival of what the Wall Street Journal calls the “stock version” of the ‘effect 2000’. 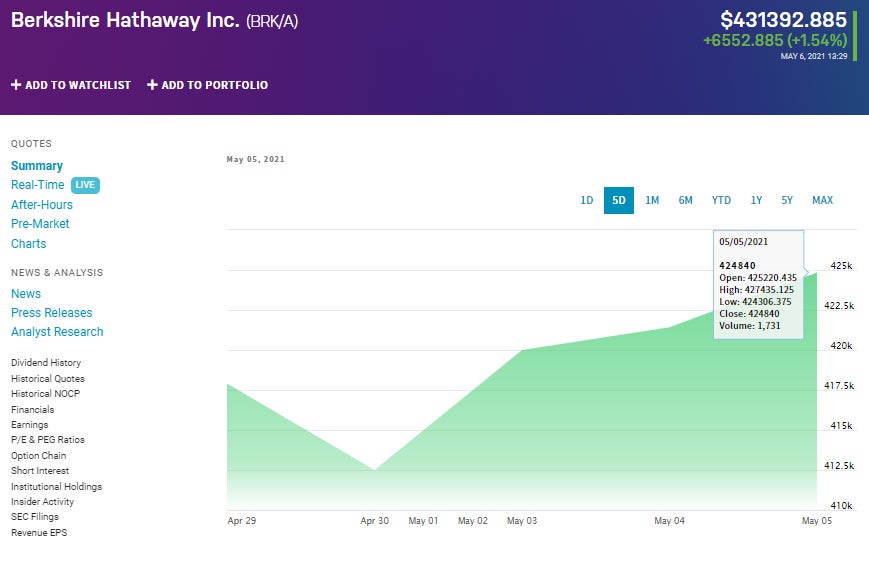 The stock exchange’s computers are configured to store a maximum price of $ 429,496,7296 . This is explained because its algorithm saves stock prices as a 32-bit number, which takes up less memory and makes the software more efficient.

In this format, the highest possible number is 2 ^ 32 -1, or 4,294,967,295, according to Gizmondo . But since Nasdaq records prices to four decimal places, the largest figure it can store is the one quoted.

This was not a problem until Berkshire Hathaway’s Class A shares reached and exceeded that number. Thursday, the a c tions company Warren Buffet reached $ 432,035.50, according to Yahoo Finances . 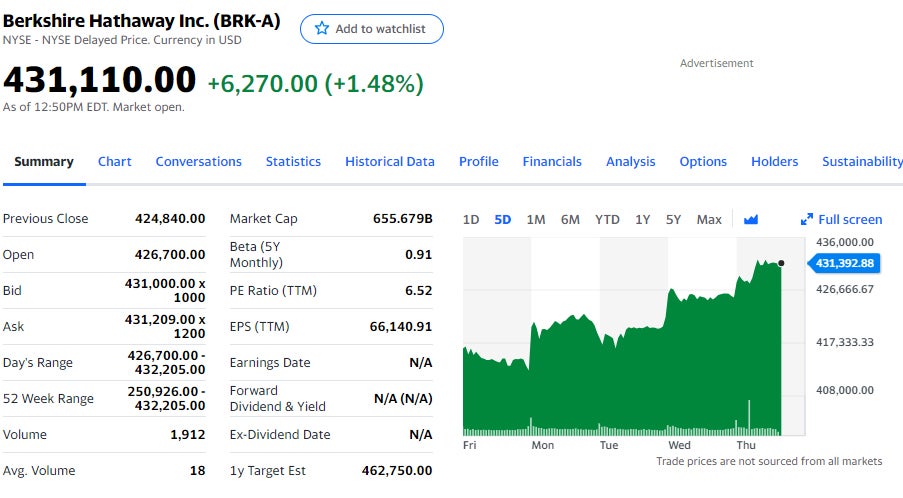 On Tuesday, Nasdaq temporarily suspended the transmission of prices for Berkshire’s Class A shares on various feeds for brokers and financial websites.

On the Nasdaq website there is no data on these since yesterday Wednesday afternoon, when they closed with a price of 424,840 dollars per share. 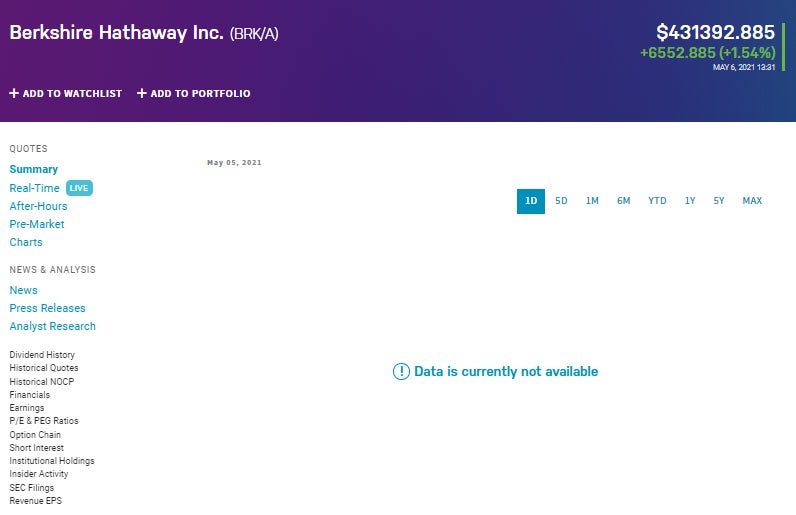 For its part, the stock market operator IEX Group Inc. stopped accepting investor orders for these shares in March “due to an internal price limitation within the trading system .”

The New York Stock Exchange , where Berkshire is listed, says it will not be affected by the rise in the price of Buffet shares or others that may reach it.

The 90-year-old mogul is currently the sixth-richest person on the planet , with a fortune of $ 108.4 billion , according to the Forbes Billionaires Index.

Despite the problem for Nasdaq from raising its Class A shares, Buffet is not willing to split them . That’s why he created Class B shares , which trade at a price of $ 280 .

The millionaire is so firm in his position that he has even signed birthday cards with the legend “may you live until Berkshire is divided .”

The US company with the second highest price per share is the homebuilder NVR Inc. At the close of Wednesday, each share was trading at a price of $ 5,142.42 , still a long way from catching Berkshire or ‘breaking’ the Nasdaq.