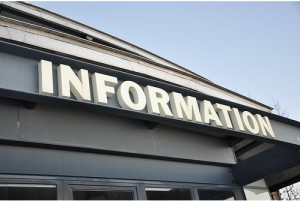 It’s the kind of short, sharp apparent truism that the internet throws out all the time: ‘information is power’. It sort of makes sense on all sorts of levels and on that basis it ticks enough positive psychological boxes for us to smile and nod and let it go by. It doesn’t matter that it doesn’t actually mean very much.

We all work through our teenage and early adult years buying into the idea that an education is what helps you get on in life. In other words, all the ideas we are gobbling up, cramming in and swotting up on are the raw materials of our future prosperity. That’s the long way round to get to the same point we started with; if we learn enough stuff, we’ll have what we need in the way of information to be able to cut it in the big, wide world.

But information is only half the story. The second part of the equation requires you to actually do something with all the facts and figures you’ve stored up. Now this is where it gets interesting. Here’s an example.

If you’re a sports fan and you happen to know the injury status of players for the New York Yankees, for example, about to go into a game and you can predict with a fair degree of certainty that a surprise is on the cards, the ‘information’ you have assembled is, at this point, in an inert state. You need to do something with it to give it any potency in the world. 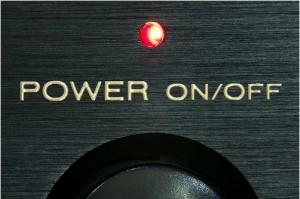 In this scenario, you’d have to go and place a bet to generate any sort of impact – unless of course you simply told someone else, which would be undeniably generous. But if they were to trot off to place a bet at http://www.bet365.com/news/en/betting and you were to simply sit twiddling your thumbs and congratulating yourself, only one of you would be in any way materially better off.

There is an abundance of literature on what makes an entrepreneur that dates all the way back to the Harvard economist Joseph Schumpeter – the man who gave us the expression ‘creative destruction’. But the key thing about entrepreneurs for Schumpeter was that they are prepared to take a risk. This was one of the things that he celebrated more than anything. He talked enthusiastically in terms of entrepreneurs as ‘wild spirits’.

And it is in that spirit that ‘information is power’ must be seen as only half of the story – the iron component in the steel. Without that energetic spirit to take the information to market, nothing is achieved. The example of being prepared to make a bet is analogous to any businessman or woman being prepared to balance their capital and a potential future profit against a calculation of risk. Information only becomes power when insight and courage are also forged into the mixture.

They should teach that at college… and maybe put it on the internet as well.