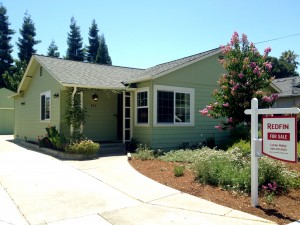 As the largest city in Texas and one of the hottest real estate markets in the country, things in Houston are always growing and changing. The Houston real estate market is hotter than ever with buyers and sellers seeing fierce competition on both sides. Nearly 30 percent of homes sell within two weeks of hitting the market and we have just two months of supply available to buyers. The Houston job market has also recently experienced substantial growth.  Houston area employers added 97,700 jobs to their payrolls during the past 12 months, according to the Texas Workforce Commission. Both of these factors, and many others, have Houston residents and newcomers browsing homes for sale on Redfin.com. If you’re looking to move now, here are three communities on the brink of growth and increasing property values. The moral of this story: Get in while the getting is good.

The Heights
This neighborhood just north of downtown Houston is filled with single family bungalows from the 1920s-1960s. In 1891, millionaire Oscar Martin Carter and a group of investors established the Omaha and South Texas Land Company. The company purchased 1,756 acres of land and established schools, streets, homes and utilities. Houston Heights had its own municipality until the City of Houston annexed it in 1919. After World War ll, the area became a hub for industrial space and the residential areas experienced decline. This neighborhood has seen revitalization return to its streets little by little since the early 1990s and is on the brink of becoming one of Houston’s hottest neighborhoods. Today the community attracts young professionals and young families who want to stay close to downtown, but seek a residential environment. Upscale boutiques and restaurants have set up shop in the area, giving residents access to amenities without leaving the neighborhood.

Why move now? Home prices have been increasing steadily since the beginning of 2013 and don’t show any signs of slowing down. Furthermore, buyers have paid just under list price for homes in the area (sale to list ratio remained between 98-99 percent in 2013), which is unlikely to continue.

The Woodlands
If you live in this bustling suburb located 30 minutes outside downtown Houston, you probably already know that a new neighbor is moving in. Construction is underway for ExxonMobil’s largest corporate complex to house 10,000 workers on 385 acres just south of The Woodlands. Local developers are already getting ready for the big influx of people to the area. CDC Houston, who sold the acreage to ExxonMobil, is building 5,000 “executive-quality” homes planned for the $10 billion Springwoods Village development adjacent to the Exxon campus. Now that ExxonMobil has paved the way, other employers are likely to follow and set up shop in the area. The Woodlands Development Co. is already planning to build more class-A commercial office space, bringing even more people to the community.

Why move now? Although the ExxonMobil campus won’t be completed until mid-2015, employees are expected to start moving into the area in early 2014. Now is the time to buy before homebuyer demand and home prices likely increase. The Houston Chronicle reported that ExxonMobil is transferring about 2,000 workers from out of state, most from the D.C. suburb of Fairfax, Va., where the median sold price per square foot is 255 percent higher than in Houston. I think it’s safe to say the competition won’t be easy.

Pearland and League City
This area is just south of the Medical Center and offers residents close proximity to downtown while maintaining a suburban environment. Pearland offers residents well established subdivisions built in the 1990s, as well as older homes dating back to the town’s beginnings in the late 1800s. League City, on the other hand, offers residents waterfront homes on the Gulf and a short drive to Galveston Port. The area has seen a recent influx of people due to the booming medical community and the city of Houston is expanding Hwy 45 to accommodate the growth in the area. The freeway expansion project is expected to improve traffic conditions through the addition of new feeder roads, frontage lanes and an extra lane of traffic on both sides of the highway. The $171 million project is expected to be completed in the first quarter of 2016.

Why move now? The increased road construction over the next two-plus years will likely make traffic congestion worse during that time, but property values in the area will likely increase once the project is complete. This situation is ideal for those who work in the medical field and might be able to commute to work during non-peak times or work from home a few days a week.