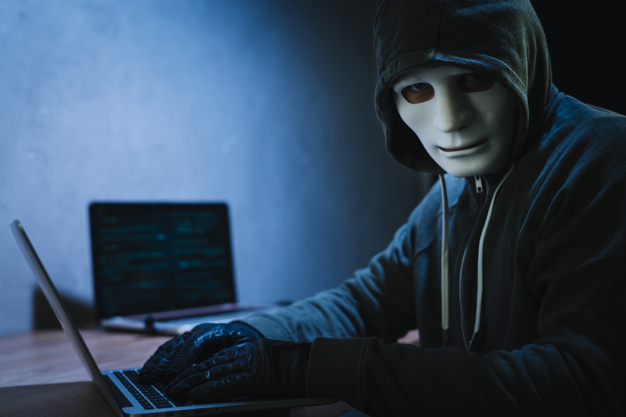 Just as pollution was a severe side effect of the industrial revolution, there are now massive amounts of security vulnerabilities that have been brought about due to increased internet connectivity and digitization. Attack surfaces are massive — and significantly different than they were in the past. This problem can be solved with the help of managed IT services here which strives to remain one step ahead of potential threats.

Unsurprisingly, large companies face the most persistent threats from cyber attacks as they are generally the most lucrative targets for hackers. This is mainly due to their extensive databases being filled with valuable information such as private customer details, financial documents, intellectual property, and other sensitive information that would cause damage to the company upon public release. Hence, it is imperative for these companies to invest in the latest and most effective Cybersecurity Solutions. Companies do hire services such as the IT services Irvine to help them when it comes to security and other technological concerns.

In fact, cybercrime has become so prevalent that the damages incurred from such attacks are expected to reach $6 trillion annually in 2021, which makes it one of the most dangerous and expensive criminal threats across the globe.

With that in mind, let’s take a look at the three industries that are most vulnerable to cyber-attacks and what causes them to be such big targets for nefarious activity.

A staggering 89% of healthcare organizations experienced a data breach in the past two years, highlighting just how much the industry is at risk from cyber threats. One of the primary reasons it’s targeted so frequently is the massive amounts of confidential patient data held on their often out-dated databases.

You see, private patient information is worth a lot of money to hackers who can easily make a profit by stealing the information and then selling it on the black market.

The unfortunate truth is that many of the healthcare organizations are relatively easy targets due to most of them not placing enough emphasis on the importance of online security, but it’s hard to blame them. Many of their budgets are already stretched, and they also do not have the time or the resources to undergo a complete overhaul with their online security practices, which means they are left in a perpetually vulnerable state.

Secondly, one study found that human error is the primary cause of 95% of online attacks. This is typically a result of the mismanagement of passwords, unintentional data leaks, phishing attacks, and an overall lack of awareness. Of course, this number can be reduced with proper training and education; however, those who work in healthcare are already overburdened with long, busy days, which leaves little room for much else.

Many government agencies hold extremely valuable information, which is what makes them a prime target for cybercriminals. As you might expect, many of these government bodies possess reams of personally identifiable information that’s collected, stored, and processed in their databases.

Additionally, many of their systems contain confidential information on the necessary components of critical infrastructure networks such as election data, public transport, court, traffic, and public utilities, all of which could be sold for a handsome profit if it fell into the wrong hands.

Bear in mind, this is still without mentioning the potential damage caused by high-profile leaks containing “top-secret” information such as military and defense intel, which can lead to unwarranted public disclosure of classified information that will almost certainly make the headlines on the cybersecurity news.

Some people may find it hard to believe that governments are, in fact, “soft targets” for hackers, yet it’s absolutely true. Despite their massive budgets, they are often poorly defended against cyber threats, inadequately monitored, and poorly maintained. Furthermore, governments are renowned for neglecting employee training on cybersecurity issues, which leads to common errors such as falling for phishing scams, opening malicious emails, and keeping an insufficient level of personal data hygiene in general.

It’s no surprise to see the finance industry on this list, given the nature of the private information held by its organizations. Surprisingly, they are a firm favorite for hackers even despite their heavy spending on cybersecurity defenses.

In fact, the financial services industry received the highest number of business email compromise attacks in 2019. They also ranked as second for the most cybersecurity incidents across all hacking types, which is an eye-opening start, to say the least

Hackers target these organizations to steal money from them directly, to steal data that they can then sell on for a hefty fee, or to find vulnerabilities that they can exploit to grant access to their databases. Given that financial services are such a prime target, why are they so easy to exploit?

The truth is financial organizations face many conflicting pressures when it comes to their service models, such as strict regulatory requirements, a large customer base of people who demand more capable and user-friendly software, as well as third-party vendors that help them meet these demands. They also use cloud technologies and other advanced data analytics software, which leaves them exposed on multiple fronts as their system becomes nearly impossible to secure from end to end, especially when focusing on regulatory compliances.

With all that said, no matter what the industry is, it’s a near-impossible task for large companies to keep up with fast-paced advancements in technologies in the same way that many of the threat actors do. This means they will always remain prime candidates for cyber attacks, especially if they hold valuable data that can be extracted and sold for a large sum.