LONG BEACH, CA / ACCESSWIRE / September 20, 2021 / Bakhu Holdings, Corp. (OTC PINK:BKUH) today announced that Teddy C. Scott, 55, Ph.D., J.D., has accepted positions as CEO and Chair of the Board for the cell replication technology company. Scott, known as “Teddy” throughout the industry, has more than 20 years in biotechnology research, intellectual property law and the cannabis industry.

Teddy has been recognized for his leadership in the development of the U.S. cannabis industry by shaping rigorous production and development standards for creating high quality, reliable cannabis products. After an extensive international search, the Board found a direct skills match with Bakhu’s objectives to maximize its years of R&D and laboratory testing in cell replication technology and related proprietary equipment, processes and formulation to produce, manufacture and sell cannabis-related (cannabinoid) products. 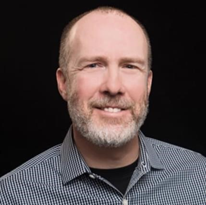 His immediate objectives for Bakhu:

Teddy was also a founder and serves as a Director of SmartHealth Catalyzer from 2019 to present. The company focuses on advancing extraordinary biotechnology developed at leading Midwest universities.

His extensive scientific experience includes: an NIH Research Fellowship from 1992 to 1997 at the University of Texas Southwestern Medical Center and a Research Assistant position from 1990 to 1992 at the Texas Tech University Health Sciences Center.

Major scientific publications (with others) include topics on the effects of various compounds on procyclic and bloodstream forms, purification and gene isolation studies and gene inactivation observations.

Former President, CEO and Board member Thomas K. Emmitt has resigned all his positions with Bakhu in order to return to his career as a legal advisor and business consultant primarily for emerging technical companies.

Bakhu Holdings, Corp. holds a license to cell replication technology to produce, manufacture and sell cannabis-related byproducts – sometimes referred in the industry as cannabinoids – exclusively in North and Central America and the Caribbean. The Company intends to commercialize this intellectual property through sublicenses with third parties that will incorporate the cell replication technology into production plants that the third parties fund and build to produce medical, food additive and recreational cannabis-related products. Company headquarters: One World Trade Center, Suite 130, Long Beach, CA 90831. Phone: (310) 891-1959.