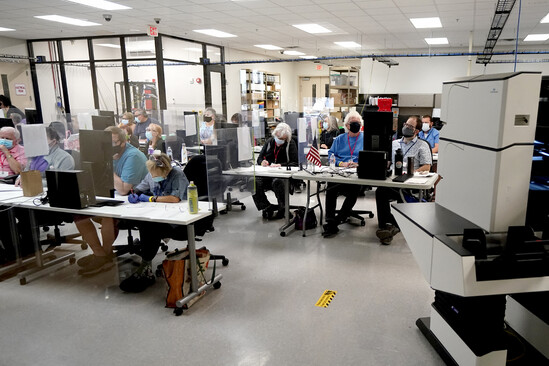 The presidential election entered its third day Thursday with no presumptive winner. Nevada, Georgia, North Carolina and Pennsylvania are still counting votes. Former Vice President Joe Biden won Arizona, Michigan and Wisconsin on Wednesday, per The Associated Press. ABC, CBS and NBC have not called Arizona, Fox has. Meanwhile, President Donald Trump’s campaign filed lawsuits in Georgia, Michigan and Pennsylvania over ballot-counting procedures — and said it would seek a recount in Wisconsin. But officials in the Badger state say Biden’s lead there makes a recount unlikely to count in the president’s favor, while a Georgia judge has dismissed his campaign’s lawsuit.

According to The Associated Press, the following states have been called: