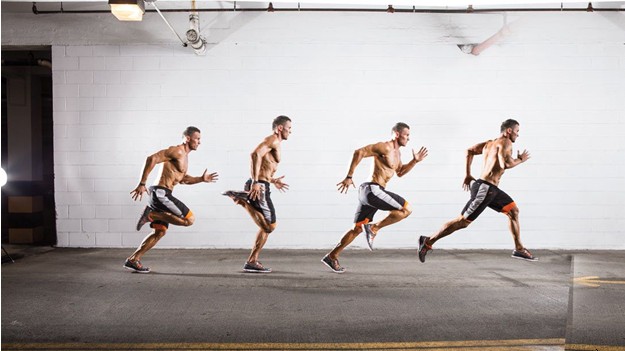 A lot of us ask the same grueling question about exercise: How little can I get away with? According to numerous studies done on high-intensity interval training (HIIT), the answer is really very little. In fact, 60 seconds of arduous HIIT will have you strenuously exerting, breathing hard, sweating and optimizing the health and fitness benefits of exercise comparable to that of a 45-minute moderate exercise. Each bout can even be shortened or lengthened depending on one’s ability making it easy for anyone with no time to exercise.

HIIT is based on the principle that short bouts of strenuous exercise have big impacts on the body. Various HIIT exercise programs pack the benefits of a regular moderate intensity workout into a shorter time. This may seem like just hype but many scientific studies back HIIT’s effectiveness in increasing muscle mass and improving cardiovascular fitness.

Most activities can be turned into HIIT. Biking, jogging, running, stair climbing, swimming, and walking are all excellent examples. HIIT can be performed both outdoors and indoors, in gyms or in the park with next to no equipment. In general, plyometrics, cardio, and weights are among the choices which can be performed with other people who also enjoy HIIT.

HOW INTENSE IS HIGH INTENSITY?

There is a downside to HIIT, of course. Even though it only lasts a short time, it requires you to push yourself to your exercise limit. It should be intense enough that you’re almost breathless with your heart pounding and your legs pumping. In the most typical HIIT exercise programs, you should still be able to say one or two words, but unable to complete an entire sentence.

HIIT usually requires repeated short bouts of 30 to 60 seconds exercise near the peak of a person’s ability, followed by a shorter recovery period of less intense activity, alternated for about 20 minutes for three times a week. Studies revealed that HIIT works better than constant moderate activity at bettering cardiovascular, metabolic, respiratory and mechanical functions.

HOW CAN LESS BE MORE?

Studies show that “perceived lack of time” is among the most commonly cited barrier for not exercising. Good thing, many researchers focused on HIIT and its benefits which prove that lack of time is no longer a valid barrier which makes HIIT a lot more alluring even to the busiest people.

HIIT also has more physiologic benefits per minute than continuous moderate-intensity exercise can have. In a single bout of a more demanding and exhausting HIIT, the body utilizes more oxygen and insulin and makes the arteries more elastic and expands it better. With these, HIIT improves the cardiovascular system’s capability to adapt to additional exertion. Oxygen-rich blood can also flow better through expanded arteries which decrease the risk of forming clots.

According to a study, some added advantages of HIIT include bringing forth changes in the peripheral muscles resulting in lessen unpleasant training symptoms like less reported ratings of difficulty breathing and leg discomfort during and after exercise. Studies also report that HIIT is often more enjoyable than continuous exercise making it more probable that casual exercisers will go on with it even on their own.

HIIT’s time-benefit ratio is a good example where less can be more. With a big percentage of the world’s population failing to meet the minimum exercise requirements, HIIT can help sedentary individuals conquer a major obstacle to starting and maintaining an active lifestyle, the perceived lack of time.