Norm Blumenthal attorney for workers and consumers. Selected as the one of the Top Attorneys in Southern California. In 2017, Norm was inducted and recognized as one of America’s Most Trusted Lawyers in Employment Law. Norm Blumenthal is a Regular contributor on Money For Lunch. 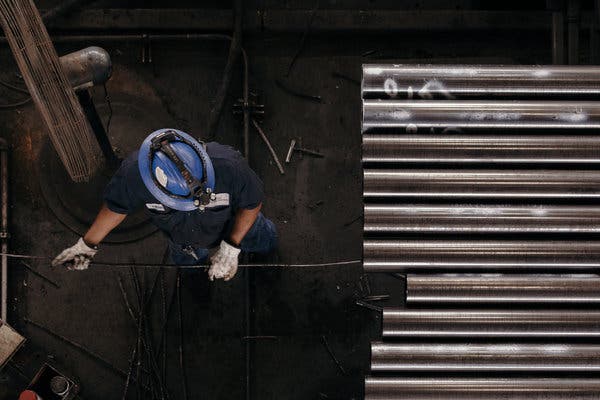 The United States labor market is closing in on full employment in an economic expansion that just began its 10th year, and yet the real hourly wage for the working class has been essentially flat for two years running. Why is that?

Economists ask this question every month when the government reports labor statistics. We repeatedly get solid job growth and lower unemployment, but not much to show for wages. Part of that has to do with inflation, productivity and remaining slack in the labor market.

But stagnant wages for factory workers and non-managers in the service sector — together they represent 82 percent of the labor force — is mainly the outcome of a long power struggle that workers are losing. Even at a time of low unemployment, their bargaining power is feeble, the weakest I’ve seen in decades. Hostile institutions — the Trump administration, the courts, the corporate sector — are limiting their avenues for demanding higher pay.

Looking at the historical relationship between working-class wages and unemployment, wage growth should be rising about a percentage point faster than it is right now. In June, the Bureau of Labor Statistics reports, wages were growing at a yearly rate of 2.7 percent before inflation.

While wages have failed to accelerate, consumer prices have climbed. In 2015, inflation was close to zero. When price growth is zero, a dollar extra in your paycheck means a dollar more real purchasing power. Real hourly pay grew at a healthy pace of about 2 percent that year.

But price growth is back to more normal levels now. Over the past year, for example, consumer price inflation was 2.9 percent, just about the same rate as hourly pay. Data released on Tuesday show that real weekly earnings for full-time, middle-wage workers hasn’t grown at all since early 2017.

Barring an unforeseen shock to the system, I expect the jobless rate to continue to fall, probably to rates we haven’t seen since the 1960s. The Federal Reserve forecasts unemployment of 3.5 percent by the end of this year.

Unemployment at such a low level should force up wages, but it may not be enough to generate consistent, real gains.

That’s because the trade war may push inflation higher, so it will take faster nominal wage growth to keep pace with prices. Thus far, the impact of the tariffs has been minimal, because of the small share of imports affected, and because “final products”— things that consumers buy versus intermediate materials used for production — have thus far been spared. But if President Trump follows through on his threat to place 10 percent tariffs on $200 billion of imports from China, including many consumer goods, prices could get a nudge.

Even before the trade war, the Federal Reserve was well into its campaign to raise the benchmark interest rate it controls, and it has suggested it may raise rates a bit more quickly than previously planned. Higher rates are intended to cool down the hot labor market, and this too could dampen the pace of wage growth.

G.D.P. has sped up and may clock in at around 4 percent in the second quarter of this year, but not enough of that growth is reaching workers. This is, of course, the defining characteristic of high inequality. Since the early 1980s, G.D.P. growth has failed to consistently increase working-class incomes.

Still, in earlier periods, tight labor markets were able to deal a blow to inequality. The last time unemployment was at 4 percent, in the latter 1990s, the share of national income going to paychecks was 3 percentage points higher than it is today. In other words, even with the economy now near full employment, profits are squeezing paychecks.

Slow productivity growth is another constraint on wages. When companies are able to produce more efficiently, they can absorb higher labor costs without sacrificing profit margins. But such gains have been elusive in this recovery, so businesses are increasing profits at labor’s expense.

More than ever, the dynamics of this old-fashioned power struggle between labor and capital strongly favor corporations, employers and those whose income derives from stock portfolios rather than paychecks.

This is evident in the large, permanent corporate tax cuts versus the small, temporary middle-class cuts that were passed at the end of last year. It’s evident in the recent Supreme Court case that threatens the survival of the one unionized segment of labor — public workers — that still has some real clout.

It’s evident in the increased concentration of companies and their unchecked ability to collude against workers, through anti-poaching and mandatory arbitration agreements that preclude worker-based class actions. And it’s evident in a federal government that refuses to consider improved labor standards like higher minimum wages and updated overtime rules.

Even if workers’ real wages do pick up, their gains may be too short-lived to make a lasting difference. The next recession is lurking out there, and when it hits, whatever gains American workers were able to wring out of the economic expansion will be lost to the long-term weakness of their bargaining clout. Workers’ paychecks reflect workers’ power, and they are both much too weak.