Nationwide 7.7 percent of female workers own their own business, according to data from the U.S. Census Bureau. For many of these women, entrepreneurship offers more flexibility than traditional jobs, which is appealing. But starting a business is also risky. New business owners often take a pay cut, as it can take years for new businesses to turn a profit. The median annual income for full-time female entrepreneurs is $40,000, slightly lower than the median annual income among all full-time female workers of $43,000.

Compared to men, women earn less across all worker classes. However, the gender wage gap among full-time entrepreneurs—a full $15,000 per year difference—is the largest. Research by the JPMorgan Chase Institute shows that female-owned small businesses tend to be smaller and generate less revenue than male-owned small businesses. One reason is that women-owned startups are underrepresented among firms that receive external financing, according to the JP Morgan Chase report. 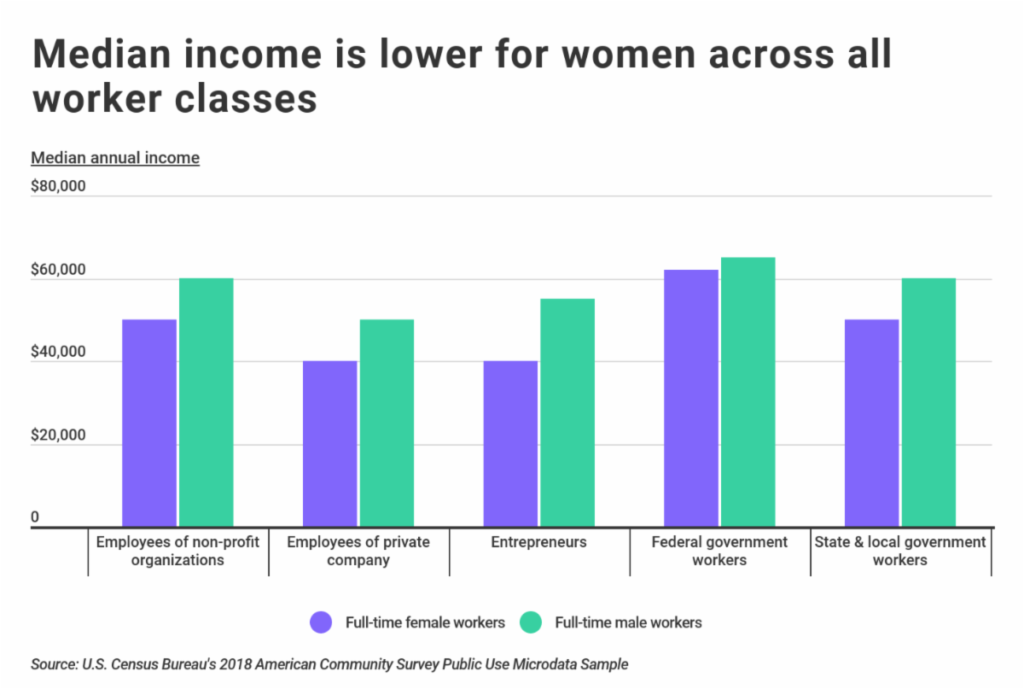 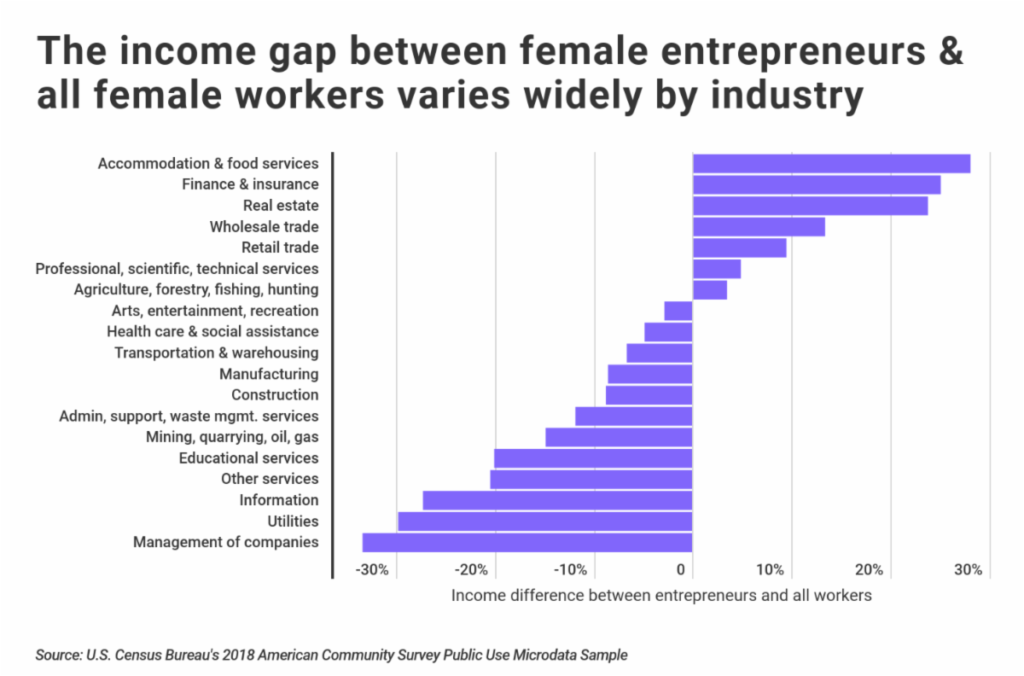 The analysis found that in Texas, full-time female entrepreneurs earn an adjusted median income of $37,526. Here is a summary of the data for Texas:

For reference, here are the statistics for the entire United States:

For more information, a detailed methodology, and complete results for all metros and states, you can find the original report on Volusion’s website: https://www.volusion.com/blog/cities-with-the-most-successful-female-entrepreneurs/