It’s no secret that America’s health care costs are out of control. Healthcare sucks up about 12 percent of GDP – about double the level in Europe. And without a major tech overhaul, that’s unlikely to change.

Fortunately for people who care about their health, a tech revolution is on its way. In fact, it’s here right now. Recently health expert, Robin Farmanfarmaian, of Singularity University told us what to expect. 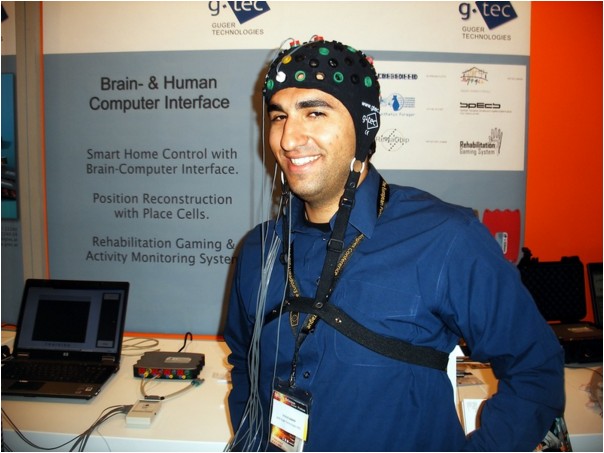 Elon Musk recently said that he thought that in the future we’d all have neural laces. These are essentially tiny implants that connect the neurons in our brain to the cloud. Musk thought that we’d need them to be able to keep up with intelligent machines. But something similar is finding applications in healthcare.

Brain-computer interfaces are also being used to monitor the brain itself. Startups like NeuroSky and Muse have both showcased headsets that can monitor brainwaves. Right now, these devices are designed to help with concentrated. But in the future, it’s hoped that they will be able to treat neurological diseases, like Alzheimer’s.

For a few years now, Singularity University has been running its XPRIZE Tricorder Challenge. The challenge is to make a handheld device that can detect and diagnose health problems remotely. It’s a tough challenge. But whoever manages it will win a whopping $10 million.

We’re still some time away from having a Star Trek tricorder. But today’s healthcare data solutions are revolutionising the current crop of wearables. You know all those data being collected by your wearable? Well, now they’re no longer just sitting on your smartphone in an archive. They’re being put to use by doctors to better understand your health and medical conditions.

Wearables are also getting a lot better at detecting what’s really going on inside your body.  There are many firms with prototypes that can non-invasively monitor the blood and detect anomalies.

Recently, robots have been in the healthcare news. Ever since the da Vinci Surgical System debuted in 2000, they’ve been getting better and better. In fact, they’re not so good that many do not require a surgeon. Of course, this has been causing some controversy, especially in established medical circles. But the trend is clear: robots are taking a primary role in the operating theatre.

On top of that, we also see the rise of medical nanorobots. Today’s robots are relatively clunky and unsophisticated. And their major use is to monitor rather than treat patients. By soon, according to Robin, these will become the primary method of disease treatment.

Then finally, there is the prosthetics revolutions. Ekso Bionics introduced a suit in 2011. As of 2012, over one million steps had been taken by people wearing their device.