On June 19, 2013, a judge on the United States District Court for The Central District of California summarily dismissed the claims of two worker’s compensation claims adjusters for overtime wages for hours worked under California law without being giving their right to a jury trial.

In denying two worker’s compensation claims adjusters their right to a jury trial and summarily dismissing their claims, the court ignored the requirement of the decision of the California Supreme Court in Ramirez v. Yosemite, (1999) 20 Cal. 4th 785 that any exemption to workers’ right to overtime pay under California law must be narrowly construed in order to promote full employment by strict enforcement of California’s Overtime Laws. Instead the court gives mere lip service to the law that the exemption is an affirmative defense and an exception to the law. In so doing the court does what a court is warned not to do in cases where the evidence requires a judgment of facts, which is to decide the facts.

In the Judge’s order, which can be read here, the court makes numerous findings of fact against the workers that are all subject to interpretation. Notably the court finds that these claims adjusters do work “directly related to management policies”, they “exercise independent judgment”, and they “perform under only general supervision”. In so doing the court usurps the province of the jury and erroneously applies the laws of other jurisdiction that would not be allowed as jury instructions in order to reach the court’s management friendly decision.

Norman B. Blumenthal, the attorney representing the workers in the case, noted, “this is one of the prime reasons there is not full employment in this country. Judges who work as corporate activists on our federal benches, who take activist positions in favor of the corporate employer eliminate jobs by allowing less employees to work longer hours.” Blumenthal further stated, “our legislature understood then, and understands now, that the economy will be much more robust where an employer is encouraged by the overtime laws to hire five employees to work 40 hours a week rather than four employees to work 50 hours plus a week. With these laws strictly enforced by our courts, our labor force could rise by 20 percent. Without these laws being vigorously enforced, we will return to lower wages for more hours work.” Blumenthal has already filed a Notice of Intent to Appeal Judge Wilson’s decision and proclaimed, “all Plaintiffs seek with this appeal is their day in court to present their evidence to a jury of their peers.”

Blumenthal Nordrehaug & Bhowmik has recovered over 1.3 billion in awards for their clients. Regardless of whether you are looking for a wrongful termination lawyer in San Diego, overtime pay lawyer in San Francisco or anemployment lawyer in Los Angeles, the employment lawyers at Blumenthal, Nordrehaug & Bhowmik can help you effectively fight back against your current or former employer’s illegal practices. Take action now and contact their labor lawyers today for free legal advice about your rights at work by calling (800 ) 568-8020. 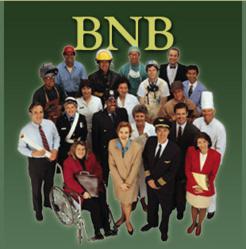