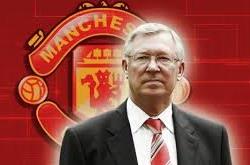 You can always count on the Harvard Business Review for great insights on strategy, leadership and success.  I love this article – “Ferguson’s Formula” (http://hbr.org/2013/10/fergusons-formula/ar/1)  – from the October 2013 issue.

One of the most respected names in global sports, Sir Alex Ferguson managed the highly successful English soccer club Manchester United for 26 years. Under his leadership, the club won 13 English league titles and 25 other domestic and international trophies. Although he retired more than a year ago, the culture of winning he worked so hard to establish still lives on.

The article identifies eight leadership principles Ferguson used to build one of the most successful teams in all of sports:

All of these principles translate very well to the business environment. I’m going to focus on three that resonated with me.

Start with the foundation.

When Ferguson took over the helm in 1986, one of his first priorities involved bringing in younger players and focusing on their development. He knew this meant sacrificing some wins along the way. But his primary goal was to build an organization that could consistently win over the long-term.

In addition to developing his players’ technical skills, Ferguson also worked hard to build a strong work ethic – in practice and during games. He created a culture where players expected to win, and did not accept it when their teammates gave less than their best. More important, he personally modeled the work ethic and performance standards he expected of his players.

In business, laying the foundation for success starts with creating a crystal clear vision of what winning looks like for the organization and then building the culture to support it.  Like Ferguson, senior management needs to continually communicate the expectations around winning, and model the behavior rather than just putting slogans on the wall.  Good intentions mean nothing.  It is only what you DO that matters.

According to the article, Ferguson’s teams had a knack for pulling out victories late in the game. Not so much because they had superior talent, but because they practiced to win. For example, he regularly had his teams practice different strategies and personnel alignments if they needed a goal in the waning minutes of a game. When those situations came up during games, his players instinctively knew what to do because they had practiced them over and over.

Practicing in business is slightly different but no less important. It consists of many little things, like pausing at the start of an important meeting to set an agenda, agree on the desired outcome, and establish guidelines for how everyone in the room will work together to achieve it.

It includes getting clear on winning, and slowing down just enough to ask, “What if?” Talking about winning constantly, so that everyone in the organization understands the destination and why it’s important to get there.  And constantly aligning and realigning our teams with that vision of winning, so that when it comes down to crunch time, everyone knows what to do and how to do it.

It is critical to ‘practice’ getting it right in business to achieve success.  Make sure you are creating the time and space to do it each and every day.

Dare to rebuild your team.

This is one of the most important principles, and one of the hardest to do – in sports and in business. Ferguson had a reputation as a keen judge of soccer talent and for making the right personnel moves at the right time. However, this sometimes meant making painful decisions to cut veteran players to make room for new talent. His willingness to make those tough decisions enabled him to develop a steady flow of talented players to keep the team performing at a high level.

In business, rebuilding the team is usually more about jettisoning outdated products and processes rather than veteran players (although that is sometimes the case). Today’s markets change so quickly that we can’t keep relying on the products, services or ways of doing business that have made us successful. So for business leaders, “rebuilding the team” involves cutting pet projects or initiatives that no longer support the company’s vision of winning. It requires constantly challenging prevailing ideas and attitudes about how to add value to customers. And it means deliberately obsoleting the products that made us successful before the competition does it for us.  It also means expecting and only accepting the best in whoever is on the team.  There can be no room for mediocrity.

Ferguson left a legacy of winning that few have equaled. I hope you’ll read the article to learn more about his powerful leadership lessons.

Call to action: Read the article and identify one leadership principle to implement in your organization.