What were the biggest challenges you have faced and how did you overcome them?

I’ve been really fortunate that I’ve never had major failures, but I can relate with the challenge of scaling. My hurdle? Documenting processes. I would have done so earlier on in my company’s infancy.

When I started my company as an early twenty-something, it was cool just to be self-employed. Not until a year or two later did I realize how amazing of an opportunity that I had in front of me. At the time I had maybe one employee when I thought, “why don’t I scale this?” And around the same time I was listening to Tim Ferriss’ The 4-Hour Workweek.

There wasn’t any super magical things that took away from the book. A lot of it I was already implementing. But the one thing that I did question was, “why do I only have one employee?” Within a month of that, then I had four or five. And so to bring this full circle, my biggest challenge was letting go. When you’re passionate about what you do, it’s hard to let go of parts of the fulfillment of that. And I think that’s why I didn’t bring on more people sooner. Because you as a business owner or a founder, that’s your baby and you think that you do it the best, and no one can do it as good as you, which may or may not be true, but you can’t scale unless you start to pass the torch.

I’ve now advised many others on scaling, documenting processes, and hiring a remote team. What I now teach is that if you can’t scale, you need to let go. Or if you have hired more and your team sucks, it’s likely your fault due to poor process documentation. 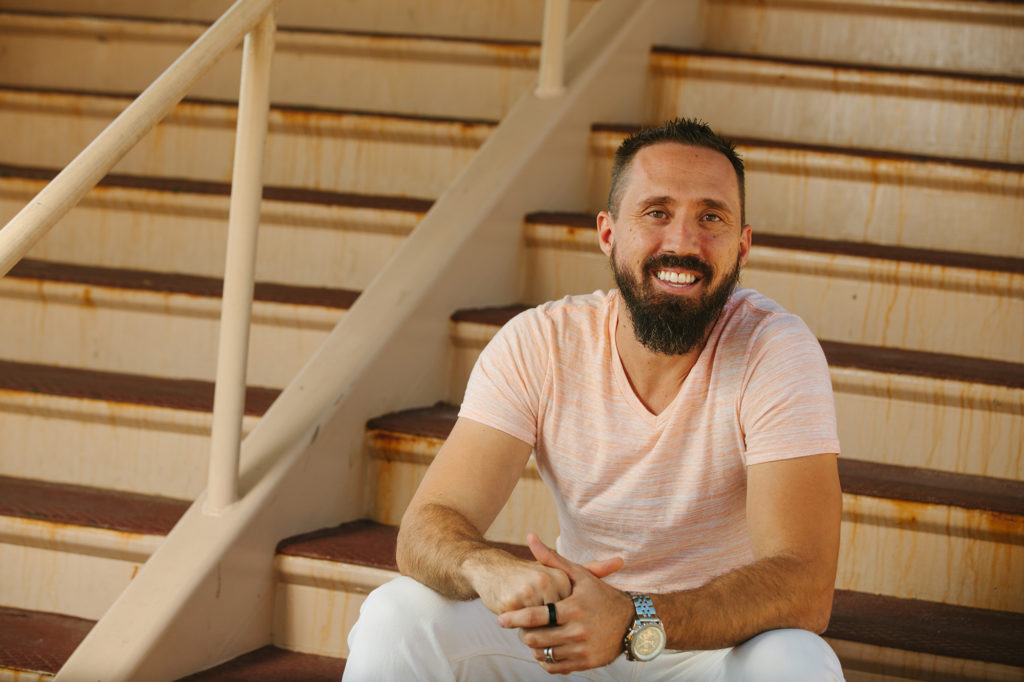 Fresh off of the “documenting processes” topic, I would have started that earlier.  And what I mean by that is “formally” documented them.  In my company’s infancy, I had processes but some were on a spreadsheet, others in a doc, some in my head.

What brought SEO National’s processes to live was birthed from a conversation with some investors.  A VC group came to me and said they were interested in buying my SEO company to merge with another agency that did a different type of marketing, to create a larger, full-service agency.

Their terms weren’t the most flattering, so I declined.  But I learned two things:

1. The buyers wants to be pointed to where the fire is, which is your sales.
2. They want to have the ability to take the keys and run. (documented processes)

At about the same time, I was listening to E-Myth revisited, which is largely about making your business dependent on processes, not employees. The VC meeting and listening to E-Myth created the perfect storm for me to sit down and ask, “why don’t I formally document these?”

That was the best thing ever. It was a painful experience to go through because on top of running a business and being a father and husband, now I had to document all our processes.  On top of doing all that other stuff and just regular business things, I would guess it took an hour or two every few days for a year. It took so longe because I wanted to do it correctly. I wanted to do it with perfect detail.  So I personally went through and recreated every scenario of every type of tasks that SEO National could ever do on a recurring basis and documented them granularly.

By ensuring effective documentation,  I felt comfortable knowing that any time I needed to scale and bring on more team members, it would be easy. It would be:

• Day one is “Welcome to the team. Here’s your scope of responsibilities.
• Day two is “Here’s access to our CRM.”
• Day three is “Get rocking.”

The ability of being able to roll out a client’s project launch that seamlessly showed its beauty just a few months later when we had, arguably, our biggest client to date and the scope of the work we needed to bring for this one client I had to hire five people… quickly.

After vetting the talent, I brought them in, welcomed them to the team, introduced them to the project, gave them access to our CRM, and let it rip.

I don’t regret doing those first few years in business without this detailed documentation.  Enjoying “the good life” of being a solopreneur in your early twenties was a good thing to experience before I embraced additional responsibilities and scaled.

I’m not a person that has favorites; favorite artist, favorite movie, a favorite food.  I certainly have some music that I listen to more than others, but the same general appreciation applies to mentors.

I’ve never really had one person, individually, contribute to my drive. I’ve always been very self-driven. I would actually probably say the opposite, that I’ve learned and been influenced the most not by what other people do correctly but what they do wrong.

• I learned how to build a really strong team, by seeing what was weak in others.
• I learned how to foster good employee relationships seeing former employers abuse theirs.
• I’ve learned pitfalls to avoid by learning from others’ mistakes.